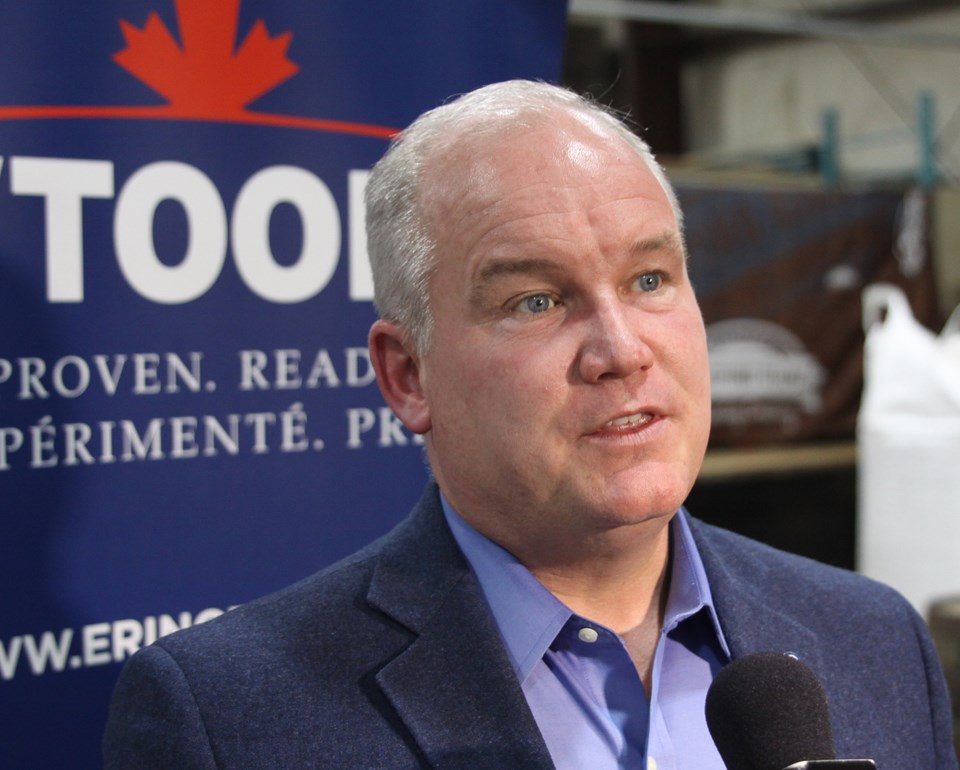 Erin O'Toole, who served in former prime minister Stephen Harper's cabinet, will host a meet-and-greet on Sunday afternoon, from 2:30 p.m. to 4:30 p.m., at Sleeping Giant Brewery.

O'Toole is running against Marilyn Gladu, Peter MacKay, Rick Peterson and Derek Sloan. Others in the hunt include Richard Decarie, Aron Seal and Bobby Singh.

The candidates are vying to take over the party leadership from Andrew Scheer, who announced late last year he was stepping down after failing to topple Liberal Prime Minister Justin Trudeau, who squeaked back into power with a minority government.