City council passed a motion instructing city administration to prepare a report on an assessment of the recommendations found in the program and services review
Sep 24, 2020 9:48 PM By: Doug Diaczuk 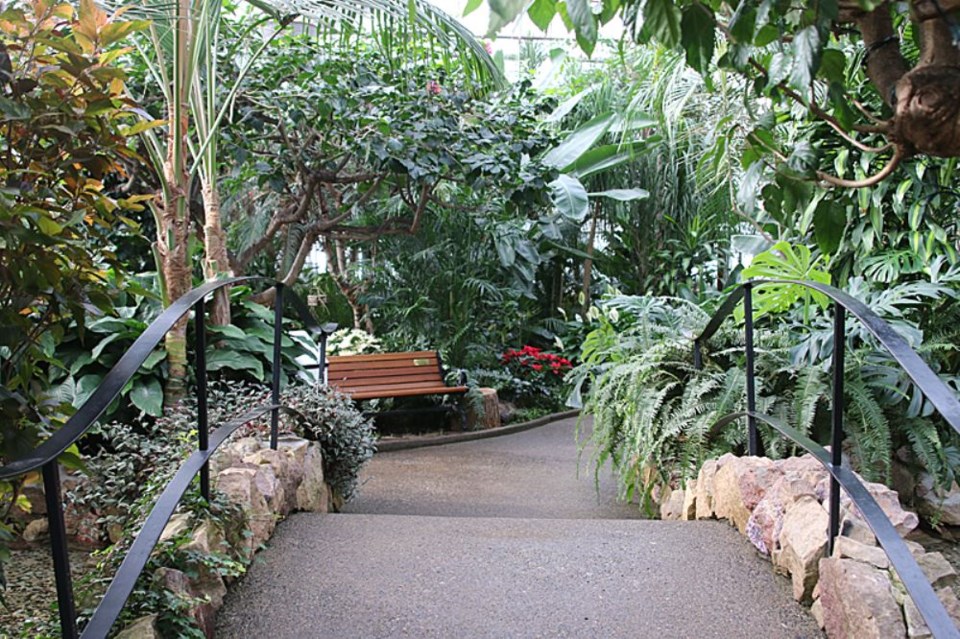 The program and services review recommended the city close the Conservatory for an estimated savings of approximately $230,000 and one time saving from investment into the structure of $2.1 to $3 million. (File).

THUNDER BAY - The future of the Conservatory was top of mind for those speaking to the recent program and services review that called for its closure and city council is looking for more direction from city administration on what recommendations in the review will benefit the city.

A special city council meeting was held Thursday evening to allow deputations on the program and services review that was provided to council in June.

The review, prepared by Grant Thornton, included 45 cost saving recommendations, including the closure or sale of city services such as golf courses, Port Arthur Stadium, and the Conservatory.

Councilors heard six deputations Thursday evening, with several speaking directly to the future of the Conservatory.

Banning added keeping the Conservatory open has received significant support in the community and she said it is an asset to the city.

“The Conservatory is a lush, green indoor park accessible to all ages, cultures, and socioeconomic backgrounds.”

Other deputations spoke more broadly on issues of cost savings and the impacts of cutting services.

She added that while this will come with an initial investment, it will save the city money in the long-term.

“We think the investment is part of a bigger approach,” she said. “Yes, you need to pay money to improve the service now, but over the long-term customers will be happier and there will be efficiencies across the corporation as well.”

Dana Vacek, president of CUPE Local 87, spoke out about the impact of cutting services and flaws in the program and services review.

“Divesting and cutting services will only hamstring our community,” he said. “The review only examines one side of the ledger. If services are shuttered, what will be the impact of services recommended to close? There is no clear costing to method to review clear savings.”

Vacek also spoke out in favour of saving the Conservatory, saying it produces all the flowers planted in public city spaces and it has garnered support from the community.

“The conservatory should be invested in with repairs and upgrades and not be closed,” he said. “Value doesn’t always mean the cheapest option. At the end of the day, we are all responsible to our communities.”

Kerri Marshall, general manager of infrastructure and operations, said a report on the Conservatory and options for its future will be coming to council in the coming weeks.

“We did bring forward a report regarding the Conservatory earlier this year,” she said. “That report was deferred until council could consider the outcome of the service review. It will be brought back this fall, which will recommend next steps in terms of overall Conservatory operations.”

During the meeting on Thursday, city council did not debate any of the details found in the program and services review, but rather brought forward a motion instructing city administration to prepare a report that offers an assessment of the recommendations, the financial impacts, timelines, and implementation opportunities.

“This is a lot of work,” Gale said. “This resolution is very broad and has a lot of information in it. We think we can respond to council in a high level and comprehensive way before the proposed budget is tabled.”

According to Gale, the report will not be able to provide detailed financial projections but will provide high-level considerations.

Gale added that city administration has already been working on several of the recommendations brought forward in the review and the report presented to council will include three aspects, including items that are already being worked on, service levels, and items the city should not be looking into at this time.

“What we provide you will not have all the answers to everything you want right now,” he said. “It might lead you to more questions. We will give you high-level information on the finance side and the operating side.”

Coun. Shelby Ch’ng raised the issue of discussing the recommendations in the program and services review, which she called a policy discussion, at the same time as budget discussions.

“I think the budget time is a good time to deal with policy because policy is often tied to finance directly,” Gale said. “When it comes to the 2021 operating budget, I don’t see a lot of large scale, immediate operating savings arising out of the program services review that can be realized for 2021. Long term, yes, but not for 2021.”

An amendment was brought forward by Coun. Andrew Foulds for administration to include in its report what recommendations will have the greatest value to residents.

While Gale felt the addition was a little broad, he said administration can collate quantitative data council is already aware of and include it in the report.

The motion as amended was passed unanimously by city council. The report is expected to be come back before council in December.