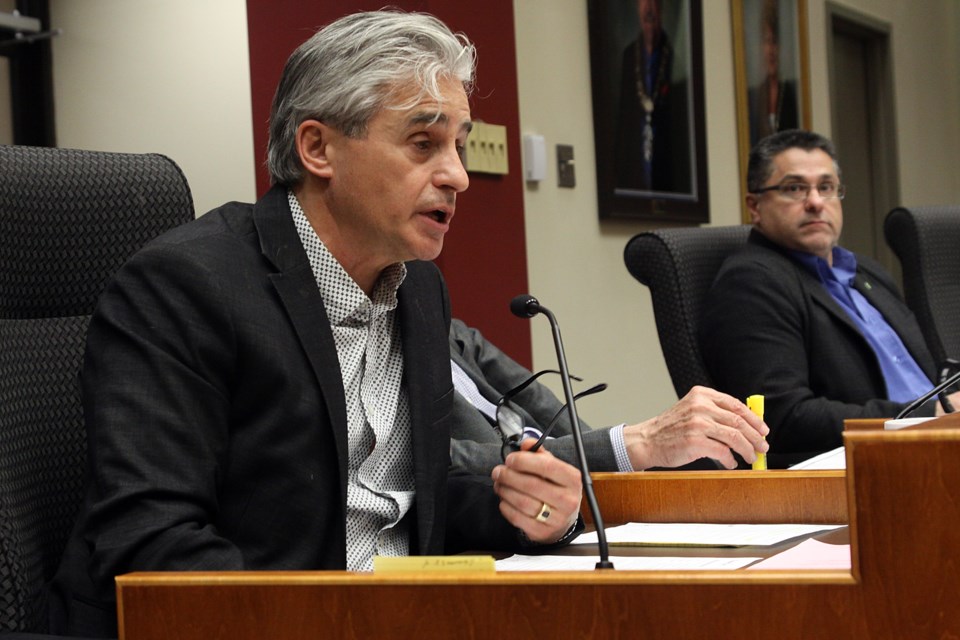 THUNDER BAY – The 2019 city budget has undergone a major overhaul that has brought the municipal tax levy increase in the neighbourhood of two per cent.

The new term of Thunder Bay city council approved its inaugural budget early Thursday morning after an exhaustive eight-hour review that went into the wee hours of the night, whittling the municipal tax levy increase down to 2.29 per cent after it had jumped to 3.69 per cent earlier in the meeting.

After factoring growth, the levy hike amounts to 1.99 per cent for existing taxpayers.

The municipal tax levy is the total amount of money that the city collects from its tax base and does not reflect the rate of property tax increases.

For the median household, the approved budget would result in a $71 increase to their tax bills, based on the 2018 tax ratios. Had the budget been approved with a 3.69 per cent levy hike, it would have been a $107 hit.

Mayor Bill Mauro thanked administration and council for their work throughout the budget process but warned there could be more big decisions coming in future years.

“A lot of it we changed (Wednesday) or what we brought forward (Wednesday) to achieve the 1.99 sends a good signal to the community,” Mauro said. “We have to acknowledge that structurally we did not really change a whole lot.”

Coun. Mark Bentz, council’s budget chair, partially offset some of that increase later on by successfully proposing to allocate $249,500 from the stabilization reserve fund to cover one-time costs contained within the police request.

“It makes some sense to me that we use the stabilization fund to fund some of these one-time costs,” Bentz said.

During the meeting council received good news that they would be receiving $500,000 through a special dividend from Tbaytel.

Coun. Rebecca Johnson had pushed for the entirety of that dividend to offset the levy.

“We don’t get this extra dividend very often and it’s an opportunity for us to lower the tax rate,” Johnson said. “I’d like to see that continue to go to 1.87 with growth. The community, those that support and pay into Tbaytel, should get that money back on their taxes. To me, this is an opportunity to provide that.”

City administration earlier this month had prepared a lengthy list of potential cuts and reductions to the tax levy, separated into three categories with varying degrees of impact, which totalled $4.8 million.

With a few exceptions, council agreed to axe nearly the entire first category, which resulted in a reduction of $1.67 million. Those cuts included the elimination of $150,000 for the public safety command centre, with that money earmarked to support consultation to further that project which would involve a surveillance system around the city’s waterways.

“I’m going to vote against this because honestly, it’s a waste of money,” Coun. Aldo Ruberto said, instead arguing that the city should be trying to partner with businesses to have them install cameras. “If we’re going to do something, let’s do it right where we’re going to get results.”

Coun. Shelby Ch’ng took issue with that project being on the chopping block.

“I’m having a really difficult time why I’m even seeing this on the list considering all of the stuff we’ve been through as a community,” Ch’ng said.

During the course of the meeting, council approved the elimination of four full-time equivalent positions, which slashed $313,000 from the budget.

Many of the potential cuts that would have affected residents, such as ending weekend residential road and sidewalk snowplowing, did not receive any consideration and were not taken out of the budget.

Johnson cast the only dissenting vote against the budget.