Concerns about safety of rail cars transporting oil leads to council voting in support of proposed Energy East pipeline conversion.
May 30, 2017 1:10 AM By: Matt Vis 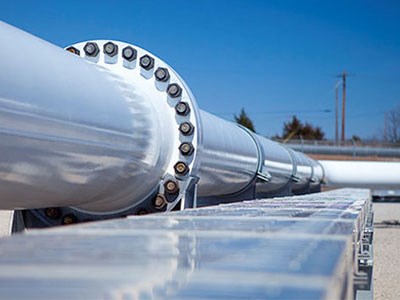 The National Energy Board’s (NEB) hearings into the proposed Energy East pipeline are encouraging for the leadership of the Federation of Northern Ontario Municipalities (FONOM).

THUNDER BAY – City council is adding its voice of support to the controversial Energy East project, settling a nearly two-year debate over the city’s official position on the divisive proposed pipeline conversion.

After three hours of debate Monday night council voted in favour of a motion calling on the National Energy Board to green light the TransCanada Pipelines project, with many expressing significant concern about the alternative of transporting oil on rail cars.

The motion, introduced by Coun. Iain Angus, noted there were 28 communities with a total population of more than 165,000 people living immediately adjacent to or are divided by either CN or CP rail lines in Northwestern Ontario.

Angus asked council to consider a scenario where an incident– potentially in the CP yard in close proximity to the East End neighbourhood – such as the deadly derailment and subsequent explosions in Lac Megantic, Que. in 2013 were to happen within the city.

“My prime purpose in wanting to see this pipeline converted is for the safety of our residents,” Angus said.

Gary Houston, the vice president of the Energy East project, told council it is projected the pipeline will move more than 1 million barrels of oil per day, the equivalent of nearly 1,600 rail cars.

He argued the trains are a higher risk mode of transportation, with the potential for coming off the track or being involved in a collision at a number of intersections and crossings compared to an underground pipeline.

“It’s easy to see why it’s better to have the oil travel in a pipeline than on a train,” Houston said.

The pipeline, which currently carries natural gas, does not run through Thunder Bay city limits, instead passing 60 kilometres to the north.

“I don’t want any more rail cars moving through the city,” Coun. Linda Rydholm said. “To have a pipeline taking – most I hope – of it 60 kilometres north of the city I think is the safer option.”

The approval was met with opposition by councillors Paul Pugh, Shelby Ch’ng and mayor Keith Hobbs.

In August 2015, Pugh had brought forward a motion calling on his council colleagues to “communicate its opposition to the development of the proposed Energy East pipeline.”

Pugh said, as the ward councillor for McKellar, the flooding of 2012 and last year was “precisely” why he opposes the pipeline.

“I can’t prove that flood was caused by climate change. It’s possible it wasn’t but the evidence is overwhelming that these kinds of events that used to be 100-year events now occur on four or five year intervals. There is a connection to climate change,” Pugh said.

“This pipeline … is a major contributor to climate change. I don’t believe we can afford to go there.”

That original motion was voted on earlier in the night, with Pugh, Ch’ng, Hobbs and Coun. Andrew Foulds being the lone supporters.

In addition to Houston, council heard a number of deputations both in favour and against the pipeline.

Craig Kashak, the vice president of Summit Pipeline Services based in Rosslyn which has a relationship with TransCanada to service and maintain the existing natural gas pipeline dating back to 1994, said there are currently 103 employees working at peak volume. Energy East could more than double that number to 250.

Julee Boan, boreal program manager of Ontario Nature, was among those urging council to stand up against the pipeline.

Between the dangers of a major leak or other disaster, the pipeline would encourage further fossil fuel use and continue to lead to increasing greenhouse gas emissions, she insisted.

“Not every industrial project is worth pursuing, especially ones with high risk and too little reward,” Boan said.

Elysia Petrone, representing Citizens United for a Sustainable Planet, noted the voice of council was merely symbolic, though argued it served as an opportunity to be leaders in the fight to slow climate change.

“We have a chance to make a real statement,” Petrone said.

Conditions of support for the project include the National Energy Board accepting recommendations from the Common Voice Northwest Energy East Task Force report, TransCanada utilizing a “state-of-the-art leak detection system,” backflow valves on both sides of significant water crossings and sensitive areas, highly trained staff monitoring 24 hours a day within reasonable access to all sections of the pipe and frequent visual inspection of the pipeline route with aerial inspections.