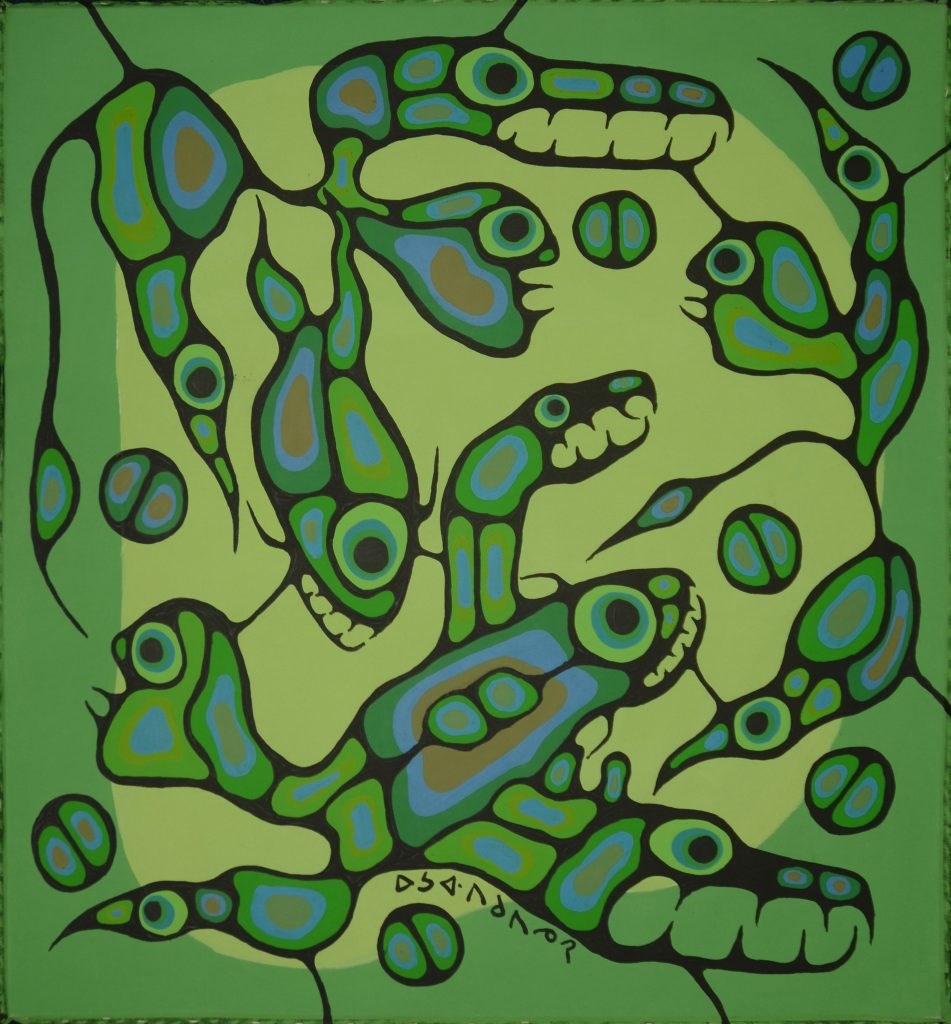 TORONTO —  In a case that has been watched closely by the art world, a Superior Court justice has ruled that, "from the law's point of view," a painting sold by an Ontario art gallery to Kevin Hearn of the Barenaked Ladies is "a real Norval Morrisseau painting."

The judge also found that the evidence he heard did not "in any conclusive way" connect Spirit Energy of Mother Earth to an alleged fraud ring in the Thunder Bay area that produced Morrisseau fakes.

"Counsel for Hearn went to considerable effort in gathering evidence and calling witnesses to establish that a group of fraudsters worked for a number of years in northwest Ontario, and that as a consequence of their prolific activities a substantial number of Morrisseau forgeries exist," Justice E.M. Morgan noted in his Reasons for Judgment, issued last month.

He noted, however, that "no witness identified this particular painting as having been produced by a member of the northern Ontario-based criminal enterprise."

Hearn, keyboardist with the Barenaked Ladies band, sued Toronto's Maslak-McLeod Gallery, alleging the work he bought in 2005 was counterfeit.

During the civil trial that concluded in February, the court heard from an art expert who has studied Morrisseau's work extensively. She concluded the piece was an imitation as it contained numerous elements that were different from Morrisseau's standard approaches.

However, an expert in handwriting analysis testified that, with "reasonable certainty," he believed Morrisseau's signature on the painting was authentic.

The judge said Spirit Energy of Mother Earth—is one more painting "that is possibly an authentic Norval Morrisseau and possibly not. As a matter of law, what is important is that a tie goes to the Defendants. Where a court is left in doubt because the relevant burden of proof has not been satisfied, the 'fact' sought to be proved is in law not true."

Morrissesau, born in 1932 on the Sand Point Reserve near Beardmore, is credited with originating the Woodland School of Indigenous art.

Tikinagan Child & Family Services grows staff with new role in Thunder Bay
May 27, 2020 9:13 AM
Comments
We welcome your feedback and encourage you to share your thoughts. We ask that you be respectful of others and their points of view, refrain from personal attacks and stay on topic. To learn about our commenting policies and how we moderate, please read our Community Guidelines.
The latest on COVID-19 Local and global updates →
Support local: Delivery, takeout & more
View local businesses