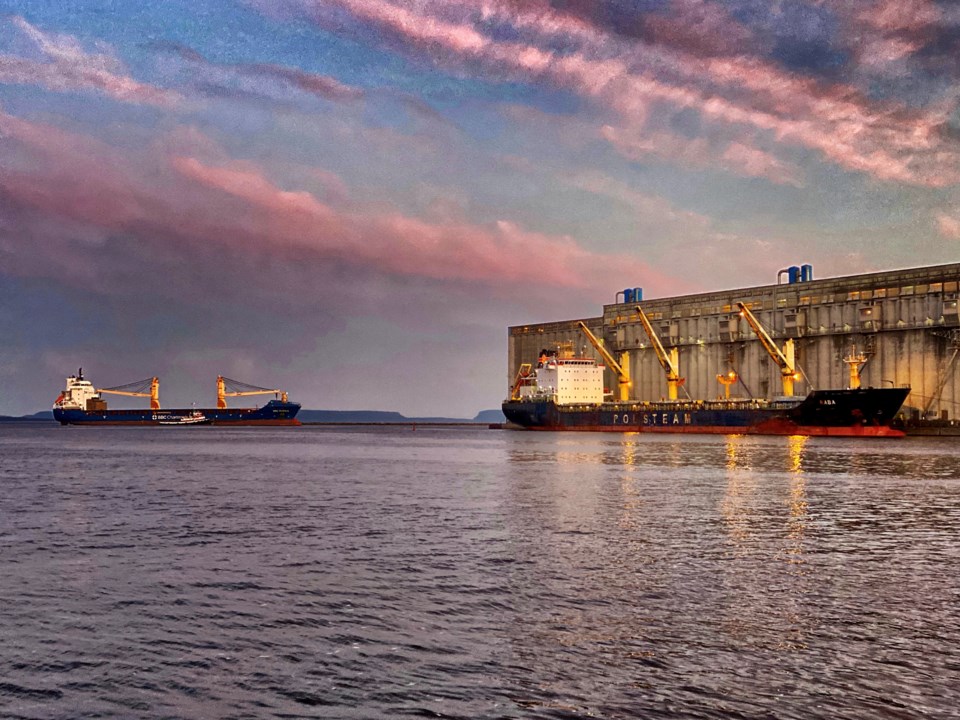 THUNDER BAY — The Port of Thunder Bay is benefiting this year from a worldwide increase in demand for Canadian grain.

The Thunder Bay Port Authority says grain shipments so far this season are more than one-third higher than the five-year average.

It cites growth in imports by customers in Europe and the Middle East, where many countries are stocking up on staple commodities for food security during the COVID-19 pandemic.

Port CEO Tim Heney said "a lot of countries restricted grain exports, trying to protect their own food supplies, and that created demand in those countries that import grain, in Europe, North Africa and the Middle East. We have lots of grain in Canada to export."

Railcar unloads of grain in Thunder Bay have increased by 10,000 cars this crop year-to-date (August 2019 to June 2020) but are flat at British Columbia ports.

Heney described it as the longest grain train in the history of Thunder Bay.

It consisted of 224 hopper cars, and carried more than 22,000 tonnes of durum wheat.

"The train was two-and-a-half miles long. You can't do that anywhere else in Canada. That's another advantage for the port, to be able to handle something like that." Heney said.

Recent investments in CP's infrastructure have also increased hopper car capacity from 93 to 102 tonnes, nearly double the traditional boxcar limit of only 55 tonnes.

Port officials expect grain shipments through Thunder Bay will continue at above-average levels through the summer.

Heney noted "The good thing about the increase in volumes is that people start to build efficiencies into the system," increasing the likelihood that shippers will use the port in the future.

So far this season, 168 ships have visited the port, a 25 per cent more than at the same point last year.