The AstraZeneca vaccine will be available at three locations in Thunder Bay to individuals over the age of 55
Apr 1, 2021 10:56 AM By: Doug Diaczuk 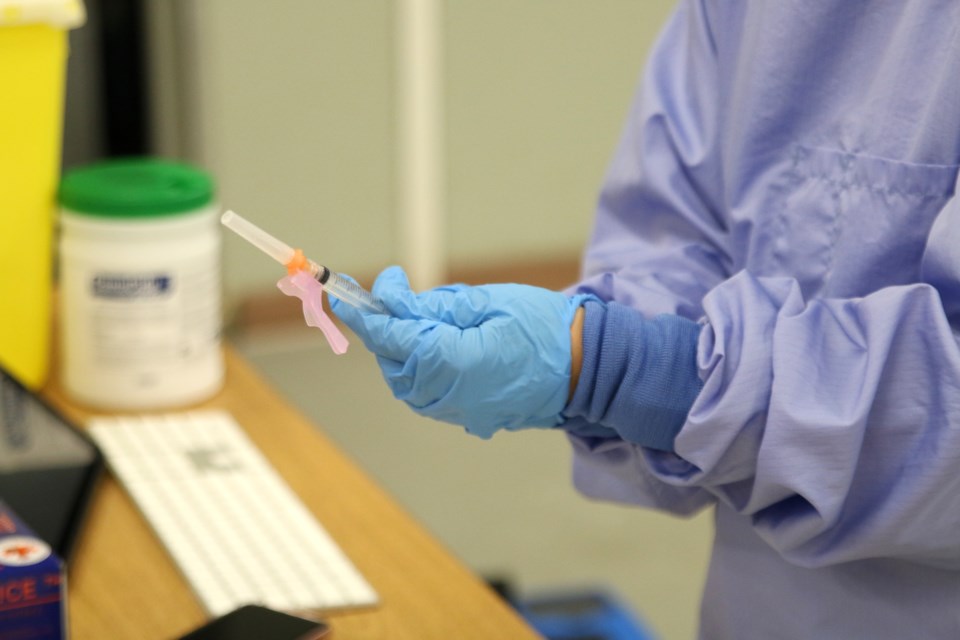 THUNDER BAY - The provincial government has added more than 350 new pharmacy and primary care locations to administer the COVID-19 vaccine, including three in the city of Thunder Bay.

The three locations include Shoppers Drug Mart on Red River Road, Dawson Heights Pharmacy on Regina Avenue, and Oak Medical Pharmacy on Arthur Street West. Three locations within the Northwest Health Unit have also been given the go-head: The Duke Street Shopper's Drug Mart in Dryden  the Loblaw Pharmacy on Park Street in Kenora and the Pharmasave on Scott Street in Fort Frances.

"Ontario's capacity to get needles in arms continues to grow by the day," said Premier Doug Ford in a media release issued on Thursday.

"Thanks to the determination and commitment of members of Team Ontario we are ahead of schedule and administering more vaccines than all of the other provinces combined. We are ready to dramatically increase the number of vaccines we can administer once we receive a steady and reliable supply from the federal government."

Pharmacies will be administered the AstraZeneca vaccine to individuals over the age of 55 and it is expected some locations will begin offering the vaccine as early as Saturday.

Jon Potvin, pharmacist and owner of Oak Medical Pharmacy, said he and his staff are excited to be one of the first to offer the vaccine in the city, but there are also some nerves as well.

"I know there is an overwhelming response from people wanting to get the vaccine," he said. "We saw that with the flu shot this year. We are just trying to prepare everything in advance to make it streamlined and an easy and simple process for everyone to go through."

Potvin added appointments can be booked online through their website and people will be wait-listed. Appointments are available to anyone and not just members of the pharmacy.

"Depending on the amount of doses we get, we are able to allot and schedule people accordingly based on the number of vaccines we get," he said.

The pharmacy has not received any doses of the AstraZeneca vaccine yet but Potvin said he hopes to be up and running by next week.

"We want to make sure we have all the strategies and safety applications in place before going ahead," he said. "We are aiming to get the general public vaccinated as quickly as possible."

Earlier this week, the National Advisory Committee on Immunization suspended the use of the AstraZeneca vaccine to individuals under the age of 55 due to a low risk of people developing blood clots.

“I want to really reassure people that AstraZeneca is an effective vaccine against COVID-19 and I would encourage people to consider getting it,” she said in an interview on Wednesday.

“We’ve heard about the risk of blood clots being a little elevated for some people. The data is still being examined on that and will be monitored going forward. The rate of that blood clot is very, very low.”

The province began offering the AstraZeneca vaccine to those age 60 and over in several southern Ontario pharmacies as part of a pilot project.

It was expanded to 327 and now the number of pharmacies administering the vaccine across the province is more than 700.

The provincial government said there should be more than 1,500 pharmacies administering the vaccine by the end of April.

“Thanks to the hard work of our dedicated frontline health care providers, Ontario's vaccine rollout in primary care settings and pharmacy settings has been a success," said Deputy Premier and Minister of Health Christine Elliott.

"With more locations coming on board, these settings will make receiving the COVID-19 vaccine easier and more convenient for eligible populations across the province. I encourage everyone to sign up when it's their turn. Until we receive enough vaccines so that the majority of Ontarians can be vaccinated it remains critical for everyone to continue following public health measures we know work and keep us safe."