Patience and partnerships are the key to regional economic development, says Stuart Trundle. And he should know.
Jun 13, 2011 9:03 PM By: Jamie Smith 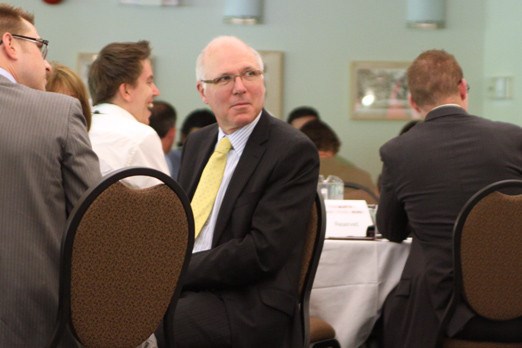 And he should know.

The CEO of Venture Taranaki Trust saw his region in western New Zealand go from having the lowest socio-economic indicators in the country to the highest in just one decade.

Like Northwestern Ontario, Trundle said his region had high unemployment rates and high out-migration to places like Australia. That was before regional economic development started to increase growth rates, salaries and create over 15,000 new jobs in a region of 109,000 people.

The road to economic development had disasters and tribulations, but Trundle said the key to its success was partnerships between the public and private sectors.

"A new model a new paradigm between the private sector the public sector, that’s both local and central governments, but more importantly the community," Trundle said Monday at Fort William Historical Park, a key-note speaker at the province’s Think North II conference.

"I think it’s actually engaging every single element of your community in the governance process, in the long term planning, that you can really achieve your true aspirations as a province or a region."

One danger is moving a regional economic development plan too quickly Trundle said.

Communities are often tempted to move into strategy before even identifying what a region wants and where the decision-making will come from. What needs to be fixed, what needs to be achieved and finding the proper talent are all necessary questions that need to be answered.

"If there’s a piece of learning I think it’s learning to have run very slowly in these processes. It is a 25 and 50 year horizon for communities to really make significant turns, " he said.

"Sometimes there’s a danger of dumbing down your aspirations and perhaps also thinking too short term around political life cycles rather than intergenerationally," he said.

Northern Development minister Michael Gravelle said the conference, which includes politicians, academics and business leaders from across the Northwest, is the next step in the Northern Ontario Growth Plan.

"The goal here is to seek ways to see the north become a very attractive a more attractive place in terms of investment so we can have economic devl3eopmetn goals over the next 25 years," Gravelle said.

The two-day conference wraps up Tuesday at the Victoria Inn before a similar two-day event for Northeastern Ontario Wednesday in Sudbury.