George Jeffrey/Sherbrooke Community Daycare has a new name and they want the public to know they're open to everyone.
Sep 6, 2018 3:14 PM By: Leith Dunick 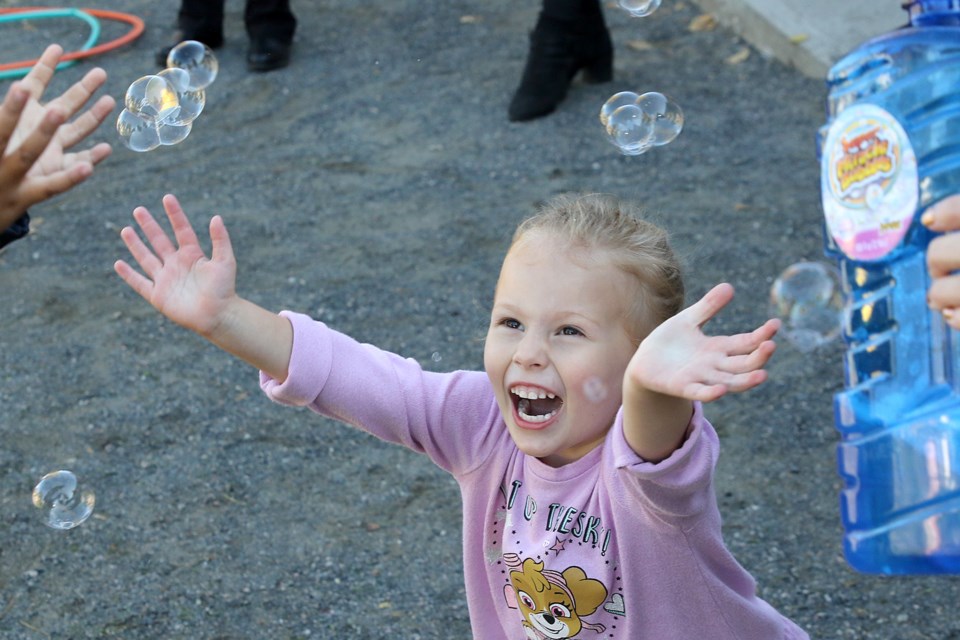 THUNDER BAY – Daycare spaces aren’t easy to find in Thunder Bay, but at least one location has several spots available.

Battling misconceptions it was only open to youngsters with physical and mental disabilities, the George Jeffrey/Sherbrooke Community Day Care has rebranded itself as Little George’s Child Care and the daycare supervisor wants parents to know they’re open to everyone.

“Little George’s is for little people,” Cindy Daniele said on Thusday. “So we want to be there for families that are struggling to find child care. We have heard and do hear very regularly that families are waiting and looking for child care.

“It’s not easy to find in the city, so we do the very best that we can and help those families out.”

Daniele said the daycare centre, which is attached to Northwood’s Sherbrooke Public School on Sherbrooke Street, has full-time spaces available in the toddler and pre-school programs.

“We also have what we call part-time spaces for our before and after-school age group as well. That’s 18 months to 12,” Daniele said.

Opened 38 years ago, the newly named facility was originally housed at the George Jeffrey Children’s Centre and until 2009 focused mainly on children with special needs, who could attend the daycare and get the rehabilitation treatment and services they required.

But 10 years ago the province changed the rules and insisted publicly funded daycares be attached to public schools.

At that time the daycare was opened to everyone, but the word still hasn’t been too widespread.

Tom Walters, CEO at the George Jeffrey Children’s Centre, said it’s an exciting day for the daycare and parents as well.

“We wanted to portray to the city that George Jeffrey Daycare is open an accessible to all families. There has been a misconception that because we’re a pediatric rehabilitation centre that we deal primarily with special needs children,” Walters said.

“In fact, we’re like every other daycare, and with families struggling today to find good quality daycare, we thought it was really an appropriate time to re-brand and let the community and parents and children and families know that we’re here and we want to help.”

Letter to the Editor: Era of Wokeness
Aug 15, 2020 2:08 PM
Comments
We welcome your feedback and encourage you to share your thoughts. We ask that you be respectful of others and their points of view, refrain from personal attacks and stay on topic. To learn about our commenting policies and how we moderate, please read our Community Guidelines.
The latest on COVID-19 Local and global updates →
IT'S PATIO SEASON!
Patios That Are Now Open