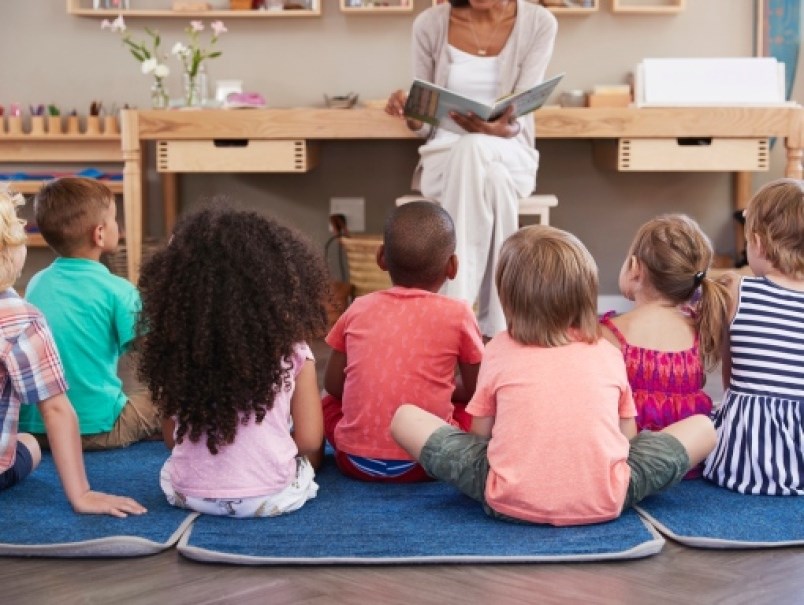 The Ontario government expects childcare centres to begin operating in Stage 2 of its reopening plan.

THUNDER BAY – The Ontario government has yet to release guidelines for the reopening of childcare centres, expected to begin during the next stage of its reopening plan. But the experiences of emergency daycares open to children of eligible essential workers suggest centres will require significant additional resources to operate safely during the pandemic.

The City of Thunder Bay’s Algoma Street centre, which is offering emergency care, has upped its staffing levels despite operating at about half its usual capacity. Andrea Morrison, a community services manager who oversees daycare operations, said that was necessary to meet guidelines developed by the Thunder Bay District Health Unit and District Social Services Administration Board (DSSAB).

Children and staff are screened daily before entering the centre, including a temperature check, and parents are not allowed inside the building.

Maintaining physical distancing is not always possible in a daycare setting, but Morrison said the centre has taken steps like adding more space between napping cots to encourage it when possible.

“There’s going to be interactions, especially with younger kids,” she said. “With the fewer kids per room, we try to encourage them to stay separate, and there’s a lot more outdoor play.”

It’s a model that requires significantly more money, staff, and space on a per-child basis – and one that could be challenging for daycares to implement on a full-scale basis.

“It definitely will be a big change to our operation, and we have to address that before reopening,” said Morrison. “It would present some challenges, for sure – staffing is a big one. It’s definitely at an increased cost.”

A city-run emergency daycare in Geraldton reports similar experiences. Tatum Blanchette, daycare manager with the Municipality of Greenstone, said the centre is already at capacity given the reduction in mandated child to staff ratios.

“In order to bring in more children, we would need more qualified staff,” she said. “So if they reopen to other families, I’m not sure what that would look like.”

While the model may prove difficult to scale up, both municipalities said it had proved workable.

“I think there was some fear coming back initially, but as they’ve been back in, the experience has been more and more positive,” said Morrison.

“I think there was a lot of initial anxiety going into it, just reopening after being closed,” said Blanchette. “But there were very clear protocols laid out by the health unit as well as the ministry of education. I think once we got into the routine of screening and cleaning, it was a lot easier.”

The new protocols were tested when one child at the Geraldton centre developed symptoms consistent with COVID-19. One group of children and staff had to self-isolate for a week before a test came back negative, but the separation of age groups allowed the centre to continue operating.

Hearst man fined $6,000 for shooting down road from vehicle
Oct 26, 2020 5:27 PM
Comments
We welcome your feedback and encourage you to share your thoughts. We ask that you be respectful of others and their points of view, refrain from personal attacks and stay on topic. To learn about our commenting policies and how we moderate, please read our Community Guidelines.
The latest on COVID-19 Local and global updates →