At least one city councillor supports the idea of lobbying the province to reduce the urban deer tag prices.
Jun 7, 2013 10:27 AM By: Jeff Labine 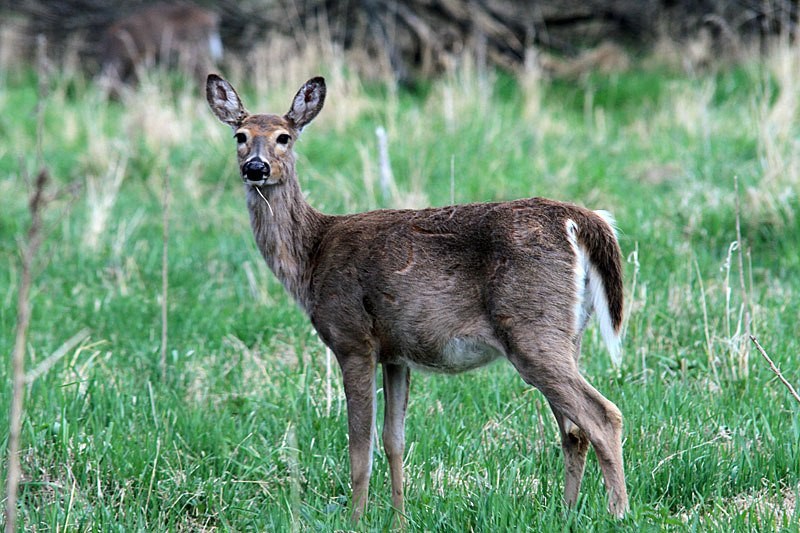 A deer munches on some grass on Mission Island in May 2012. (Jeff Labine, tbnewswatch.com)

At least one city councillor supports the idea of lobbying the province to reduce the urban deer tag prices.

Kenora’s city council passed a resolution earlier in May to lobby the Ministry of Natural Resources to make more deer hunting tags available at a reduced cost. The average cost for a deer tag is about $46.

The petition, which is seeking support from Thunder Bay and Dryden, asks to reduce prices for urban deer tags to $10.

The seemingly booming deer population has already led to discussions at Thunder Bay’s city hall. Last year council gave residents the go ahead to hunt deer in certain rural areas of the city.

In order to hunt within city limits, hunters must have written permission from the property owners, must be in a stand at least three metres high and must be farther than 75 metres from a home or road.

At-Large Coun. Ken Boshcoff called the jointed effort to have deer tag costs reduced a significant move in order to reduce the number of vehicle collisions caused by deer.

“We might as well be using deer as a food source as opposed to knocking them off roadways,” Boshcoff said.

“I think it is a very wise move. I think this will help our community. I don’t know what to say to people who continually feed deer. They’re not helping the deer or their neighbours.”

The price of deer tags have slightly increased over the past three years.

The Ministry of Natural Resources had 1,000 antlerless deer tags made available and 1,300 additional deer seals in Kenora last year.

Kowalski hadn’t heard about the petition Kenora city council was putting forward and couldn’t say if a lower price would increase the number of people who decide to hunt.

“We feel the price as it stands now is quite competitive,” she said. “We’re giving out a lot of tags already. People don’t realize that I guess but there is a ton of tags and deer seals. (Hunting) is one of the factors that help control deer population.”