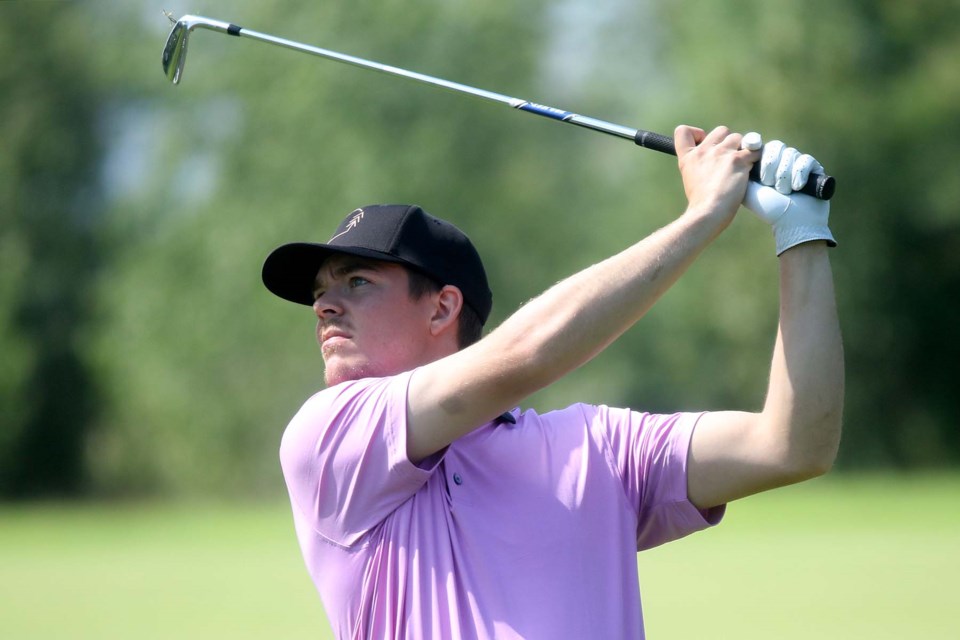 It’s been a roller-coaster couple of years for golfer Evan DeGrazia.

In 2020, before the pandemic struck, the now 26-year-old earned conditional status on the Mackenzie Tour-PGA Tour Canada, gaining him guaranteed entry into a handful of events and a chance to play his way onto the circuit full-time.

Then the pandemic hit and the season was cancelled, only to be partially resurrected later in the summer as a Canada-only series of four events, two in southern Ontario and two in British Columbia.

DeGrazia made all four cuts and finished 46th on the final points list, with 66.

The results gave him plenty of momentum heading into 2021, his conditional status carrying over from 2020, knowing he has what it takes to play with the country’s best golfers.

The pandemic got in the way again, however.

The tour, which feeds the Korn Ferry Tour, which in turn feeds the PGA Tour, decided to split its season, taking most of the biggest incentives south for the border to the Forme Tour. Eight Canadian-only events will be contested in Canada this summer, with little more than playing privileges on next year’s Mackenzie Tour at stake.

That’s good enough for DeGrazia, the best local bet to make it into the professional ranks since Walter Keating Jr. was a Canadian Tour regular, along with his buddy Alan MacLean, a South African transplant who called Thunder Bay home for a few seasons, including a full-time gig on the European Tour.

“I’m super excited. I got a taste of it last summer a little bit in four events. I made all four of those cuts. It was not as strong fields, but definitely felt good, so I’ll take some of that and put it into this year and make as many birdies as I can,” said DeGrazia, currently ranked 1,897th in the world, with six missed cuts in six previous full-field Mackenzie Tour events.

Playing against better player and on courses that aren’t necessarily better than the best Thunder Bay has to offer, but certainly firmer and faster, teaches golfer they have to learn to adjust on the fly. It’s something DeGrazia believes he figured out in a hurry in 2020.

“You kind of have to fine-tune that when you get to that event, because you just don’t get that here. That’s the only thing that’s changing, and you have to learn the course,” he said.

Though his MacKenzie Tour start has been twice delayed, it’s started to sink in just what this summer could mean for his career. While there’s not a lot of money at stake, doing well could earn him a return in 2022, when COVID-19 is mostly a thing of the past, and a chance to play for one of five spots on the Korn Ferry Tour, the next rung up on golf’s ladder.

MacKenzie Hughes, who was tied for the lead at last week’s U.S. Open, was in a similar spot in 2015, tying for 51st at the Staal Foundation Open, and has since gone on to carve out a pretty impressive PGA Tour career.

The sky’s the limit, said DeGrazia, who will spend the next couple of months dialing in his game, finding his yardages and just getting a good feel for the rest of the summer.

“As long as the quarantine, it’s sunk in,” he said. “I’ve been sitting on this for 15, 16, 17 months, however far in we are. I’m just really looking forward to it. I can’t wait to get that opportunity to get out there to see what I’ve got against the best in Canada.”