Council votes to reject proposed bylaw that would implement restrictions for heavy truck traffic, causing uncertainty about what comes next.
Jun 18, 2019 12:51 AM By: Matt Vis 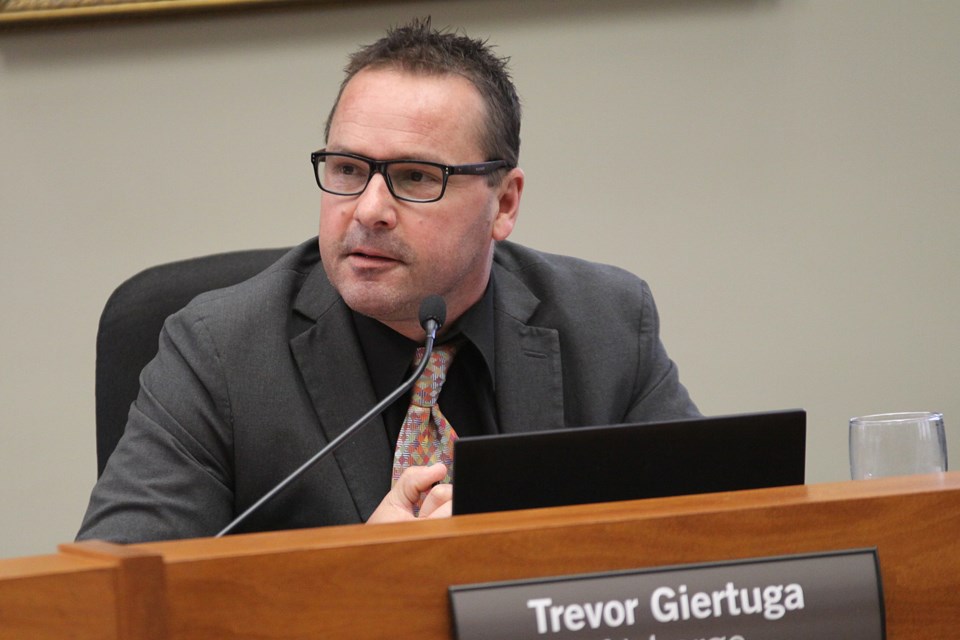 THUNDER BAY – The designated truck route is in limbo after the bylaw that would have implemented restrictions on cross-country heavy truck traffic was defeated.

The proposed bylaw, which would have been the final checkpoint for regulating transports off Dawson Road and Arthur Street to come and go from the city, was rejected by Thunder Bay city council at Monday night’s meeting.

By the narrowest of margins, council in January voted to approve the designated truck route and then subsequently ratified that decision in March. Both of those votes resulted in 7-6 margins.

The third, and potentially final vote that could have culminated the decade-long saga, resulted in a clear divide across the room as members of council that previously opposed the route all rejected the bylaw, with a result of 7-5 against.

Coun. Trevor Giertuga (At-Large), a staunch supporter of the route and the former ward councillor for the Dawson Road area, blasted councillors for voting against the bylaw as an attempt to circumvent the previous decisions.

“I’m really surprised that people talk about wanting to get all the information, wanting all the questions answered and it’s all just rhetoric in my opinion,” Giertuga said.

“People don’t want the information. People want obviously, as they discussed previously in the back room, to shoot down this bylaw. In my opinion, that goes against what council duly passed at committee of the whole and ratified.”

The defeat of the bylaw does not reverse council’s previous decision to have a designated truck route, though there is some uncertainty about the next steps.

Kayla Dixon, the city’s director of engineering and operations, said at this time there is no direction from council on how to proceed.

“There’s no specific direction from council tonight to let us know if there was a specific amendment they wanted to see or a clause they have concerns with that we needed to review,” Dixon said.

“At this point we will wait for that direction before bringing forward another bylaw or what it is that we bring forward.”

Overturning the designated truck route direction would have to go through the notice to amend or rescind process, which would require initiation by a councillor who was initially supported and then receive nine votes. A similar process would be needed to revisit the bylaw rejection, though that would have to be done in the coming weeks.

Deputy city clerk Krista Power said the clerk’s office will reach out to council to see if anybody intends to follow those processes and if there is no direction by the fall administration will likely come back and ask for further clarification or present an amended bylaw.

Dixon said work on developing the designated route dates back to around 2008, which was largely ignited by resident concerns about the volume of trucks using Dawson Road as a shortcut to Thunder Bay. A 24-hour traffic count done in 2016 found there was an average daily volume of 1,500 trucks on Highway 102 between Sistonen's Corner and Dog Lake Road, which amounted to 38 per cent of total traffic.

The route, which would force all cross-country transport trucks to remain on the provincial highway network and pass through Kakabeka Falls, has been opposed by most of the city’s outlying municipalities. Oliver Paipoonge mayor Lucy Kloosterhuis was present in council chambers, along with at least two other councillors and the mayors of Conmee, Neebing and O’Connor.

The proposed bylaw would also require heavy truck traffic to remain on the provincial highway, or use the Harbour Expressway to Main Street for as long as possible and then use the shortest route to their destination for local deliveries.

"This bylaw will impact every business that has supplies delivered by truck and those businesses may face added costs, time, distance and carbon outputs in order to comply with the bylaw," Robinson said.

Geoff Wood, the Ontario Trucking Association’s senior vice president of policy, appealed to council to reject the bylaw, taking issue with the regulations using a vehicle’s registered weight rather than actual weight as well as the impact it would have on preventing truck drivers from accessing restaurants, grocery stores and other services.

“It’s extremely important that we have regulations, bylaws or truck routes that work. It’s a two-way street,” Wood said after the vote. “There has to be give and take on both sides and understand that we need something that works for the community but also for the supply chain.”

When asked about whether he believed there could be a designated route that the association would support, Wood responded that it would be premature and the devil would be in the details.

Hometown Heroes golf tournament tees off to success
Aug 6, 2020 5:19 PM
Comments
We welcome your feedback and encourage you to share your thoughts. We ask that you be respectful of others and their points of view, refrain from personal attacks and stay on topic. To learn about our commenting policies and how we moderate, please read our Community Guidelines.
The latest on COVID-19 Local and global updates →
IT'S PATIO SEASON!
Patios That Are Now Open