Designated truck route to be decided by next council 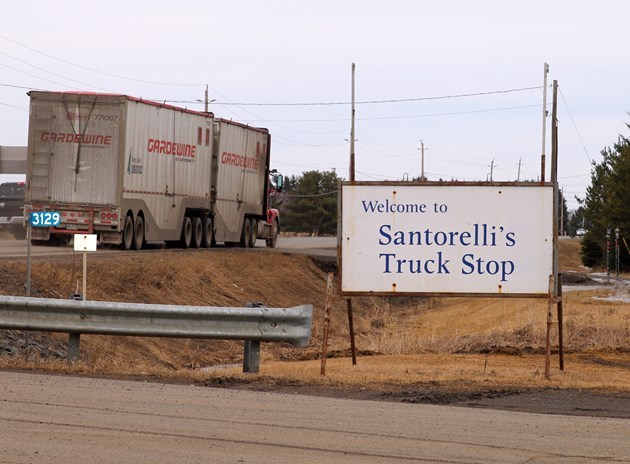 THUNDER BAY – It will be up to the next term of city council to decide whether to direct heavy truck traffic off city roadways.

Thunder Bay city council, meeting Monday night one week before the Oct. 22 municipal election, voted to defer a decision on the oft-delayed designated truck route bylaw until January 2019, when the newly elected councillors will be in office.

The idea of a bylaw, which has seen discussions at city hall dating back more than five years, has been in the making since council in July 2014 approved directing administration to provide options for imposing weight restrictions on West Arthur Street. Council in March 2015 then sent administration back to develop a specific bylaw that would also include Dawson Road, though that bylaw was supposed to be brought back in the following three months.

Thunder Bay Chamber of Commerce president Charla Robinson, who had been lined up to speak to council before the deferral, was happy for it to be pushed back.

“There continue to be a number of gaps in the report, information that is not being provided,” Robinson said, specifically mentioning potential impacts to businesses, how the bylaw would be enforced and the traffic volume impacts of directing more trucks onto highways.

“There are a lot of questions that have not been answered and we need those answers. We think council needs those answers before moving forward.”

The proposed bylaw would add weight restrictions to West Arthur Street and Dawson Road, with the intention of forcing heavy trucks entering the city from the west to use Highway 11/17 and Highway 61. The most recent version adds the Harbour Expressway, Main Street and Island Drive as approved roadways, essentially mirroring the city’s existing dangerous goods route.

Trucks needing to enter the city for deliveries would be required to stay on the designated route as long as possible during their trip, and to use the shortest possible route on all other streets to reach their destination.

The businesses don’t know necessarily know how that will be applied as a legal definition, Robinson said.

“Does this mean it’s the shortest distance that’s not on a designated route, or does this mean we can take the shortest possible distance when we go off the route?” Robinson asked. “It could be 15, 20 kilometres per trip. When you’re making 10 or 20 trips a day with multiple trucks that adds up a lot of time and a lot of money.”

The Thunder Bay Police Service is identified as being responsible for enforcement.

Robinson pointed to the city’s report that found there is an average of less than two collisions per year on Arthur Street when a heavy truck is at fault, with three of those incidents annually on Dawson Road.

“Where is the safety problem that we’re trying to address?” Robinson asked.

Coun. Linda Rydholm, who represents the Neebing ward that includes where West Arthur Street enters the city, unsuccessfully urged her colleagues to revisit the matter at the Oct. 29 meeting.

“I feel really strongly this council should, because we’ve been working on this for a long time, come to some kind of an answer for our taxpayers,” Rydholm said. “I think it makes sense for us as the current council to make a decision on going forward.”

The report had previously been scheduled to come to council in June before it was delayed. Robinson said it came as a surprise to learn it was going to be brought back now, with the business community having less than a week to prepare to make its case to council.

The process is an example of the red tape that exists within the city, she said.

“The amount of time that has been spent on this issue in four years, not only by administration with multiple consultations, multiple reports written, multiple rejigs of the route, but also businesses that have been asked to consult and then a report comes back that doesn’t address those issues,” Robinson said.

“We go back to the starting point and we start again. The amount of time and money that has been spent on this is quite significant.