Denis Terry Bernard, 36, pleaded guilty on Thursday to breaking into The River Prayer and Worship Centre in January and stealing food from a freezer. He is also charged with second-degree murder for his alleged role in a homicide that left a man dead at the Midtown Inn on May 30.
Aug 13, 2020 1:39 PM By: Karen Edwards, Local Journalism Initiative reporter 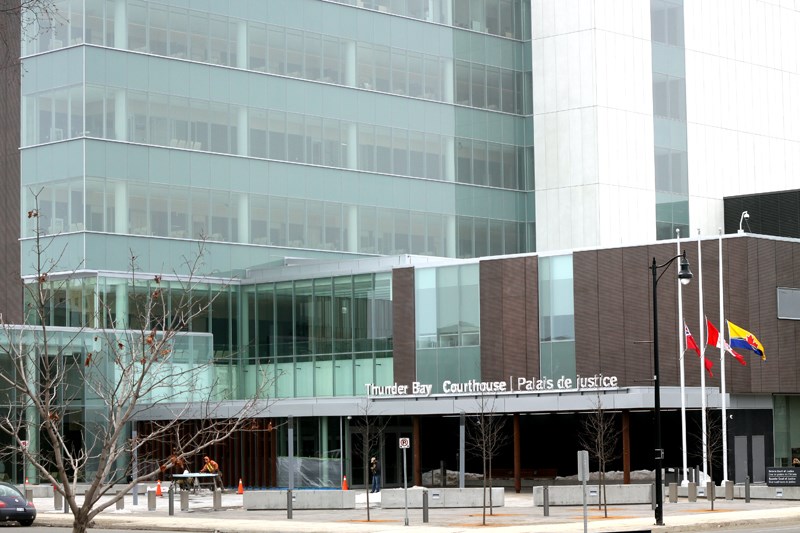 THUNDER BAY - A man facing a murder charge in connection to the death of a B.C. man that occurred at the Midtown Inn in May appeared in court on Thursday to plead guilty to two unrelated charges.

Denis Terry Bernard, 36, entered two guilty pleas to one count of break and enter and one count of obstructing a peace officer by providing a false name in connection to two incidents in January.

Court heard police were on called on Jan. 19 to 639 Simpson Street with respect to a window that had been smashed at The River Prayer and Worship Centre.

Police observed surveillance footage which showed Bernard walking through the main area of the building and then opening a freezer and loading food into a bin before leaving.

Crown counsel Heather Bracken said the accused was identified by his distinct tattoos that had been noted previously in a police database system.

On Jan. 31, a police officer located a man outside of a building only wearing one shoe. The officer left his cruiser to assist the male who appeared to be using drugs. The officer asked the man for his name and the man replied with a false name. The officer noted the man’s unique tattoos and ran them through a police database system that did not match to the name the man had given him but did match to Bernard.

Defence lawyer Tyler Woods told the court his client is from Rocky Bay First Nation and he has struggled with several Gladue factors throughout his life including family violence and substance abuse issues.

Judge Danalyn MacKinnon sentenced Bernard to a global disposition of six months of custody which he has already served in pre-sentence custody.

“It’s unfortunate when a charity is broken into and food is taken from a break and enter, they are vulnerable out there and were taken advantage of by you,” MacKinnon said.

Bernard will remain in custody due to his charges that are still before the courts.

Bernard was arrested in June in connection with the death of 29-year-old Paul Vivier of Victoria, B.C. Two other individuals, a 16-year-old Toronto youth and Seandi Clarke-Noel, 19, of Whitby each face a charge of second-degree murder in connection to the incident.

Police were initially called to the Midtown Inn on Saturday, May 30, after receiving reports of a seriously injured male.

The man was treated by first responders by ultimately died later in hospital. Police have stated the homicide was drug-related.

Bernard is scheduled to return to court while in custody on Aug. 25.