The pioneer in Indigenous education is lauded as a role model for generations of people.
Jun 1, 2020 12:00 PM By: Gary Rinne 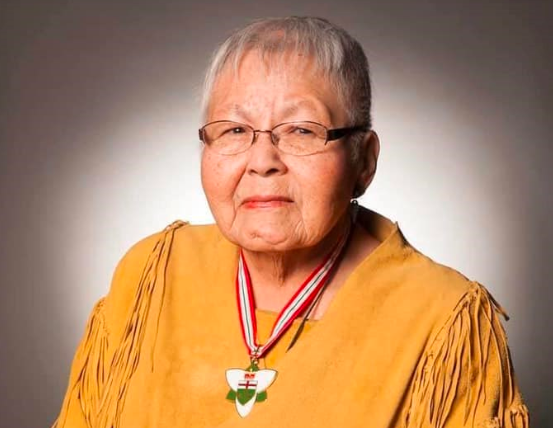 Born at Gull Bay First Nation (Kiashke Zaaging Anishinaabek) in 1944, she was a pioneer in Indigenous education and received numerous awards and accolades for her contributions over the years.

Wawia was the first Aboriginal woman to earn her Bachelor of Arts and a Masters of Education in northwestern Ontario, and devoted her career to improving educational opportunities for First Nations students.

She spent 15 years at Lakehead developing the Native Teacher Education Program, followed by three years helping to set up the Indigenous Studies program at McMaster University.

Wawia was also a founding member of the Lakehead Public Schools Aboriginal Education Advisory Committee, and was co-chair at the time of her death.

Among her honours, she was a recipient of the Order of Ontario, the Lakehead Alumni Honour Award, and the Ontario Public School Boards' Associate Award of Excellence.

Also known as a storyteller, she was given the name Muk-Kee-Queh, which means Frog Lady.

Lakehead's Dean of Education, Wayne Melville, issued a message to faculty on Monday morning, describing Wawia as "a testament to the resilience of the human spirit."

Melville said she overcame personal adversity to become a role model to generations of people in northwestern Ontario.

"As a young woman, she led the way in opening educational opportunities for Indigenous people across the region and across Ontario," he added.

In expressing condolences to her family, friends and former students, Melville said "As a faculty we will grieve, but also continue to be inspired by her life and work."

On its Facebook page, Lakehead Public Schools said it was deeply saddened by her passing.

"Dolores was an advocate for all children and for the importance of Indigenous culture to be woven into all aspects of the curriculum," a post published Sunday said.

Judith Monteith-Farrell, the MPP for Thunder Bay-Atikokan, said in a Facebook post that her passing "will be felt heavily in northwestern Ontario and beyond. Her legacy will live on through the many lives she touched."