THUNDER BAY -- The friendship between the city’s Dutch community and those who helped liberate their homeland 70 years ago will be commemorated in flowers at the Centennial Conservatory.
Oct 15, 2015 2:51 PM By: Leith Dunick 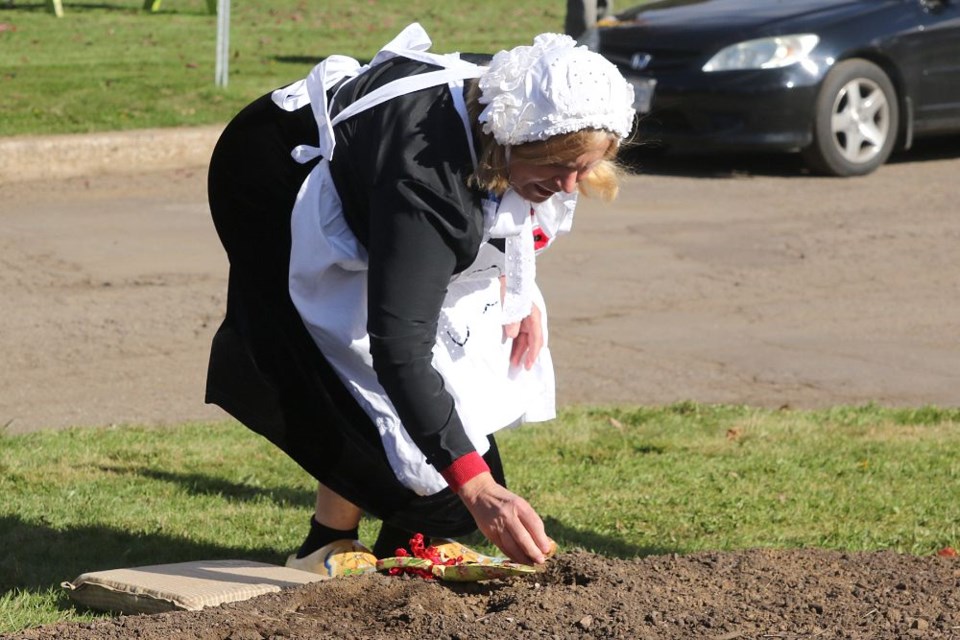 THUNDER BAY -- The friendship between the city’s Dutch community and those who helped liberate their homeland 70 years ago will be commemorated in flowers at the Centennial Conservatory.

On Thursday the final six bulbs were planted at a friendship tulip garden, which will feature a red maple leaf encircled in a ring of white flowers.

Kathleen Ott, chairwoman of the Friends of the Thunder Bay Conservatory, said the donation of 700 flowers was through a competition staged by the Canadian Council of Gardens.

The ceremony marked a historic occasion in both countries’ history, she said, adding there is large Canadian-Dutch community in the area, making it that much more poignant.

“A lot of the war brides from the Netherlands actually settled here in Thunder Bay, so the community is quite vibrant. We thought it was a wonderful way to celebrate that and also start the centennial celebrations here at the Conservatory, because in two years it will be the 50th anniversary of the Conservatory,” Ott said.

The original tulip gift was a way for the Dutch royal family to thank Canadians for hosting them during the German occupation during the Second World War, over and above their contributions to the war effort.

Capt. George Romick of the Lake Superior Scottish Regiment said the garden is a fitting way to mark the anniversary.

“They helped liberate many of the towns and the whole country of the Netherlands, along with many of the other Canadian military units from across Canada,” he said.

Continuing that legacy and teaching future generations about the sacrifice is also important, Romick said.

“We should never forget, whether it’s the First World War or the Second World War, what’s happened in Afghanistan or peacekeeping,” he said. “The youth of Canada needs to remember these things. The youth over in the Netherlands look after the graves of the soldiers and each of them are well looked after.”