The congregation for the First Church United formed in 1926 and 84 years later the Brock Street church is permanently closing its doors.
0
Oct 22, 2010 5:03 PM By: Jodi Lundmark 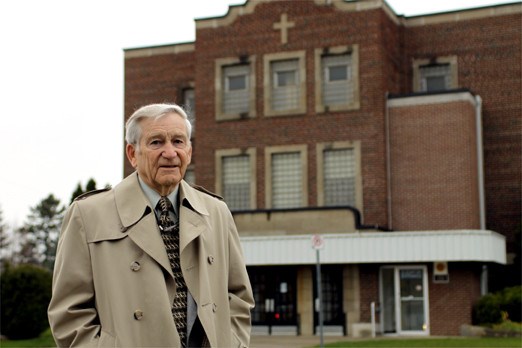 The congregation for the First Church United formed in 1926 and 84 years later the Brock Street church is permanently closing its doors.

Although the church has been closed since mid-March because of dwindling attendance and finances, there will be one final service this Sunday at 2:30 p.m.

"It’s very painful I’ll tell you and I’m only one of many for whom this is a painful event," said former minister Ken Moffatt. "However, we want to concentrate on the fact there is thanksgiving for all of the good things that have happened from this base and we’re so grateful for all of the people – ministers and laypeople – who have contributed so richly to the life of the congregation."

The church ran out of the basement until 1951 when the sanctuary was finally built and in 1967 the Christian education wing was added to the building. Moffat said in those days church attendance was booming with more than 800 children registered for Sunday school.
But today is a different era, he added.

"People look at the world in a different way," he said. "Young people coming along don’t attend church like their parents did 50 years ago…there wasn’t as much distraction."

With television and other media playing a more prominent role today and youth sports leagues, there isn’t much time left for church, Moffatt said. Also, stores weren’t open on Sundays in the past and more people now work on Sundays.

"It’s not that young people don’t have spirituality. I believe they do; it’s just different," he added. "But attending church at 11 a.m. on Sunday isn’t something that figures highly."

First Church United’s last service is open to everyone in the community. Moffat said it will be a historic day not only for the congregation but for the Westfort community.