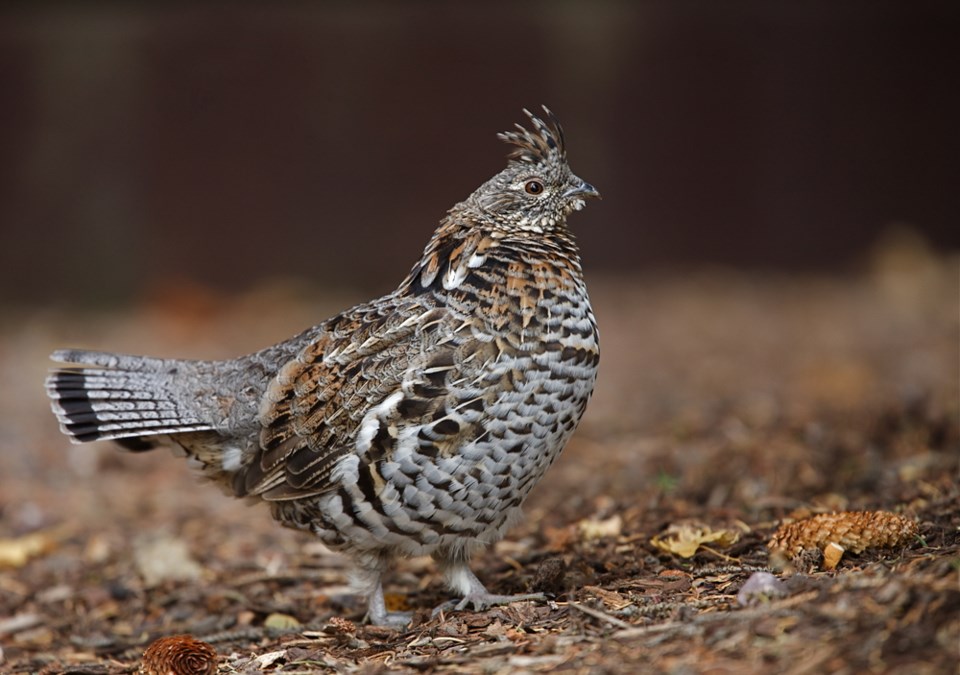 It's the first time the virus has been confirmed to cause illness in a wild animal in the state.

The birds were harvested a few weeks ago in Itasca County, northwest of Duluth, and were turned in to the Minnesota Department of Natural Resources for testing.

The hunters noticed the partridge had been behaving abnormally – they didn't or couldn't fly away.

When they field-dressed the birds, they also observed reduced muscle mass.

"Now that we've found the EEE virus in Minnesota grouse, we will continue to monitor grouse populations for signs of the disease," a DNR spokesperson said.

EEE, which can cause inflammation of the brain, is carried by a specific species of mosquito.

It is a rare illness in humans. People bitten by infected mosquitoes seldom develop any symptoms, however the virus can be serious if they do.

Minnesota biologists previously confirmed that wolves and moose in the northeastern part of the state had been exposed to EEE, but they have never found animals of either species ill from the disease.

Lee Sieswerda, manager of Environmental Health for the Thunder Bay District Health Unit, said the agency has monitored for EEE-carrying mosquitoes for years in conjunction with surveillance for the West Nile virus.

Sieswerda told Tbnewswatch the mosquito has yet to be identified in the district.

"If we start finding them on a regular basis, then that will indicate the possibility of transmission in our area," he said.

The Canadian Wildlife Health Cooperative in Guelph, Ontario is unaware of EEE showing up in any partridge in the province.

"We do not receive many grouse for post-mortem examination, but the ones that we have received over the past couple of years have died from other causes and there was nothing to suggest EEE in any of these birds," wildlife pathologist Brian Stevens said in an email to Tbnewswatch.

Stevens said EEE has been diagnosed in horses in Ontario, but only rarely.