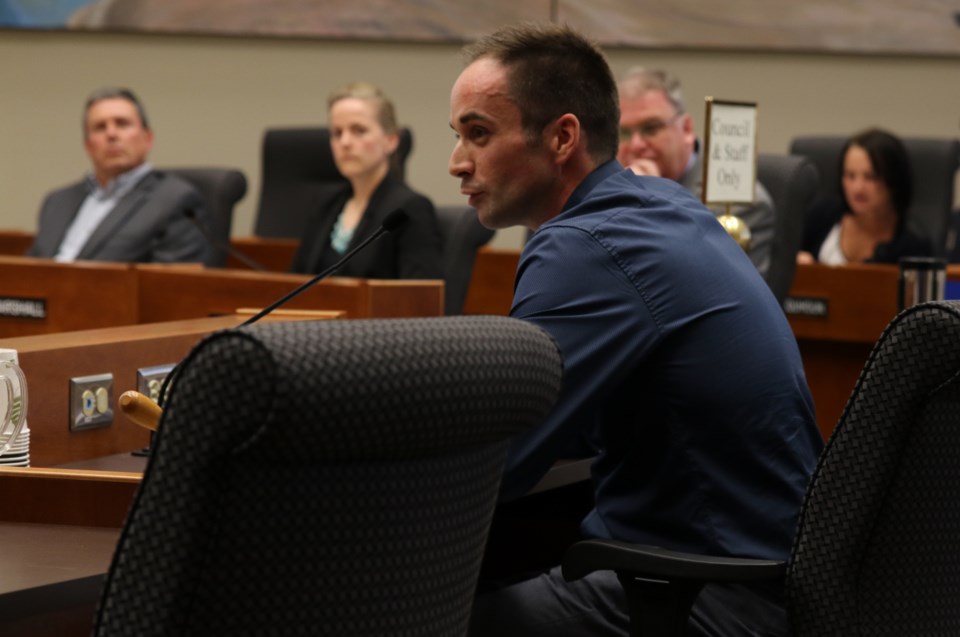 THUNDER BAY – City council’s consideration of a plan to confront the invasive emerald ash borer has been delayed again.

Administration’s $6.8-million proposal to manage the inevitable decimation of local ash trees over the next decade was to have returned to council on Monday but was postponed until Nov. 7.

“There was a request from (McKellar) Coun. (Paul) Pugh on the basis of the impact on his ward in terms of the urban forest as well as storm management,” city clerk John Hannam told council.

“It doesn’t impact the action going forward so we accommodated his request.”

The plan, which would begin in spring of 2017, suggests inoculating half the ash trees on public property over the next 10 years and removing the other half over the next five years.

Of the 6,300 ash trees that make up a quarter of Thunder Bay’s natural canopy, 3,400 are adult trees the city feels are worth treating. Of those, 1,700 would be treated in alternate years while the remaining 4,600 would be removed and replaced.

City staff has warned there will be consequences of doing nothing, including impacts on storm water capacity.

Council deferred the plan when it was introduced in July.

All deputations on the subject were delayed until next month except that of Kyle Jessiman, who submitted a petition of 289 signatures in support of administration’s plan.

Jessiman sits on EarthCare’s Community Greening Working Group but he authored the petition and spoke to council as a private citizen.

“The important part is saving the mature trees immediately and this decision needs to be approved in order to start that,” Jessiman said.

“To continue delaying this is irresponsible based on the warnings being received from our neighbours in the south who have been dealing with this already. That has been the main feedback: the mature trees that can be saved, that’s the priority.”

He also called for the creation of a municipal one-for-one removing-to-planting policy, similar to the expectations the province has for reforestation among forestry companies. He citied a 2015 greening group report, which showed 300 trees were removed last year but only 200 were planted.