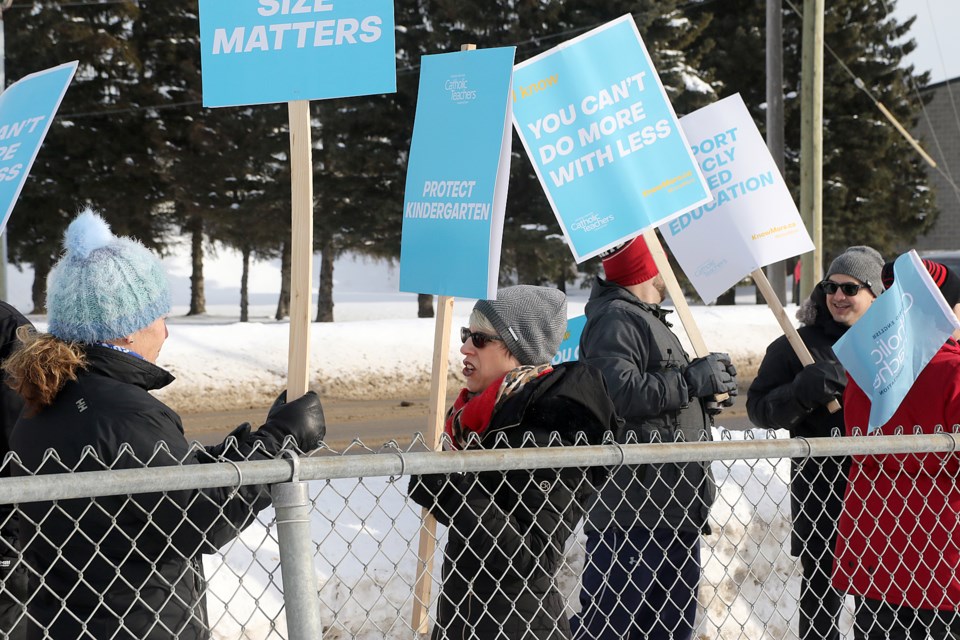 THUNDER BAY – The Ontario English Catholic Teachers’ Association membership will walk off the job next Tuesday, the union’s second province-wide, one-day strike during contract negotiations with the province.

OECTA president Liz Stuart said the union understands Ontarian's are getting impatient with the negotiations, adding her membership shares the same frustrations.

But with the province refusing to come to the table, she said they’re left with little choice.

“We cannot allow this government to wear us all down and force us to accept their devastating cuts. The long-term consequences for our schools and our students are simply unacceptable. Strike action is tough for everyone, but it is a sacrifice we need to make to show the government we will not be deterred in our efforts to protect what we have worked so hard to build,” Stuart said in a release issued on Tuesday morning.

The walkout will close all English Catholic schools across Ontario, including those under the Thunder Bay Catholic District School Board umbrella.

Job action began on Jan. 13, leading to a full withdrawal of services on Jan. 21.

“(Education) Minister (Stephen) Lecce keeps talking about private mediation, but this is further evidence of how out-of-touch he is with the bargaining process,” Stuart said.

“We already have a highly respected Ministry of Labour-appointed conciliator helping with our discussions. She has said we currently remain too far apart on the key issues to make negotiations worthwhile.”

Teachers say they are fighting overcrowding in the classroom, reduced course options and a loss of supports for vulnerable students. The union is also fighting for wage increases tied to cost of living increases.