Declaration would send strong message to governments, business and industry and the general public that Thunder Bay is ready to take action.
Jan 13, 2020 5:39 PM By: Leith Dunick 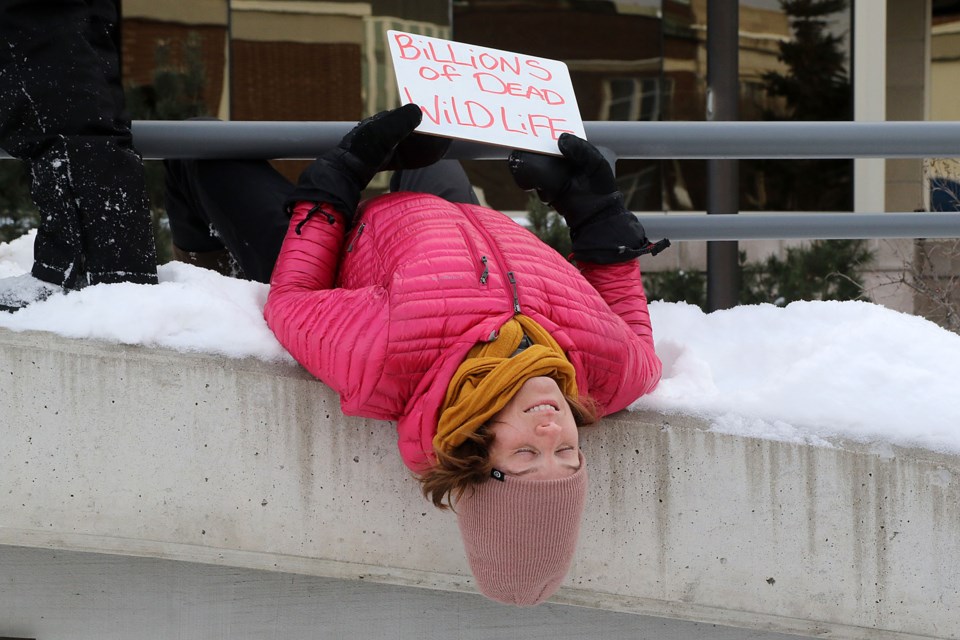 Aynsley Klassen joined about two dozen others concerned about the environment and its future in front of city hall, hours before making the ask of council at Monday night’s scheduled committee of the whole meeting.

Klassen said the request is partly as a communication tool to other levels of government, other organizations and citizens of Thunder Bay, a chance for the municipality to acknowledge the climate crisis at hand and move toward dealing with it at an appropriate level.

She added she’s confident their request will not only listened to, but approved.

“I’m feeling really positive that we’re all working toward a more positive future. I think we’ve shown enormous community support for this and I think council will respond appropriately,” Klassen said.

A declaration of a climate emergency also shows the community as a whole is ready to take the next step in Thunder Bay, by working to creatively redesign programs and systems within the city.

“I think there are opportunities coming up with the community energy and emissions plan that the city is currently working on and I think we’ll continue to have more of those opportunities over the next months and years.”

The city is aiming under the plan to be at zero emissions by 2050.

Courtney Strutt, who will join Klassen at council on Monday night, said it would send a strong message if council agreed with their proposal.

“Declaring a climate emergency is a very important step in recognizing the crisis that we are already beginning to live, globally. Acknowledging we’re in a climate emergency means that the city is prepared to start taking greater steps to address climate change,” Strutt said.

“As a symbolic declaration, that maybe means increasing the climate lens that we use in approaching municipal problems. It also sends a message to other levels of government, businesses and industry that Thunder Bay is taking this seriously and that it’s inviting people to work with us in a measurable and sustainable way toward change.”

Given the scientific forecasts warning about the inevitable irreversibility of human impact on the planet, Strutt said time is of the essence.

“We’ve all collectively waited too long to take action on climate change,” she said, adding such a move would also create awareness in the general public and the larger community that it’s an issue that must be acted upon now.

“This affects all of us,” Strutt said.