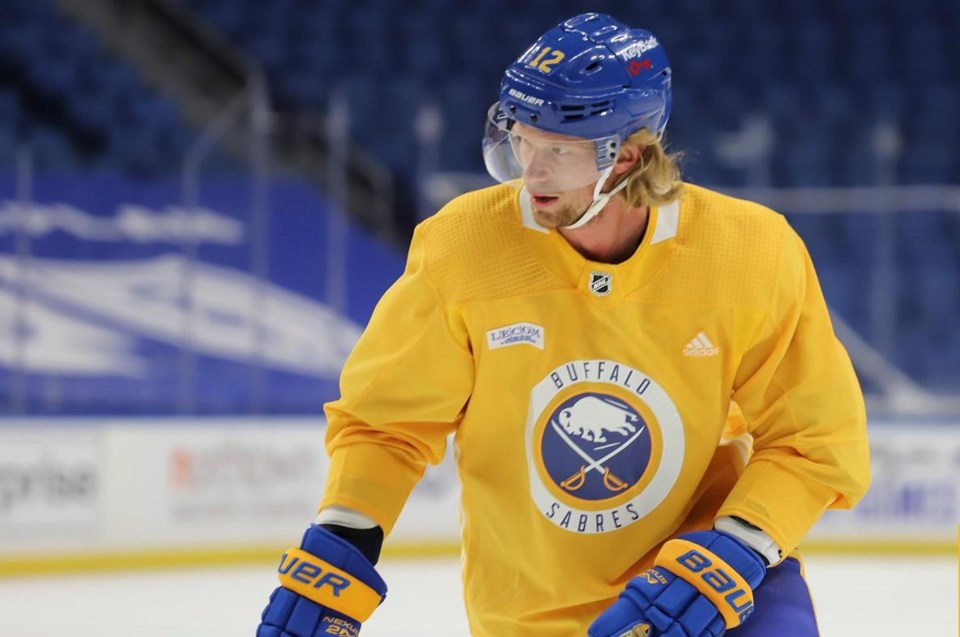 THUNDER BAY – Thunder Bay’s Eric Staal is on the move for the second time in less than a year.

The Buffalo Sabres forward on Friday was dealt to the Montreal Canadiens, after a rocky 32-game stint in Buffalo.

Staal had just 10 points in 32 games with the Sabres, who are on a 15-game losing streak and looking to shed veteran players.

The 36-year-old, who will be a free agent at season’s end, joins a Montreal team in the thick of the playoff hunt in the NHL’s North Division.

Staal will have to quarantine for at least seven days before joining the Habs.

He’s got 439 goals and 1,031 points in 1,272 games, and won a Stanley Cup with Carolina, where he spent the first 12 seasons of his career, in 2006. Staal was traded to Buffalo last summer by the Minnesota Wild, a move that caught him by surprise. He'd played four seasons in Minnesota.

The Canadiens will send third- and fifth-round picks to Buffalo in return for Staal, who carries a cap hit of $3.25 million.

In other Sabres news, Thunder Bay goaltender Carter Hutton has been sent home to Buffalo for re-evaluation after suffering a leg injury in a game against the New York Rangers this week. He's expected to miss time because of the injury.