Over half of the households in Greenstone-area First Nation isolating, with around 60 active cases.
Jun 5, 2021 4:22 PM By: Ian Kaufman 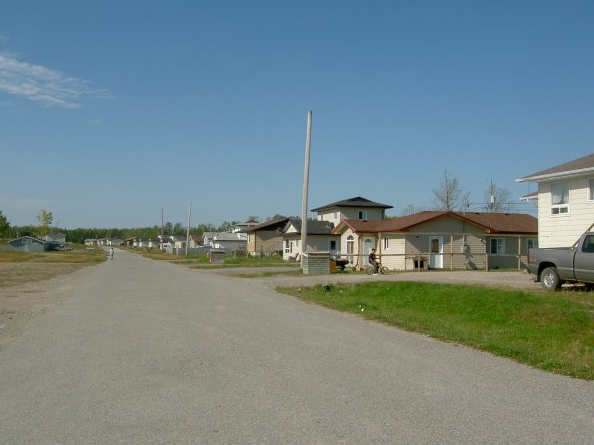 LONG LAKE #58 – A serious COVID-19 outbreak in Long Lake #58 First Nation continues to grow, with over half of the households in the community in isolation.

There were around 60 confirmed cases among the on-reserve population of around 535 as of Saturday, said Chief Judy Desmoulin. That figure is up from 42 on Monday.

Two members remained in Geraldton District Hospital as of Friday, while another had been sent to the Thunder Bay Regional Health Sciences Centre. Several other members had contracted pneumonia and were now recovering at home, Desmoulin said.

The Geraldton hospital reported 19 new cases Friday in its catchment area, which includes all of Greenstone and the surrounding First Nations, for a total of 64 active cases.

All told, at least 70 households out of about 125 in Long Lake #58, which borders Longlac on Highway 11, are isolating either due to a positive test or contact tracing.

The First Nation has hired private security to help with education and enforcement of COVID-19 restrictions.

“As we get more positive cases that means I’m sending more frontline workers home,” Desmoulin said. “It’s such a small community, everybody’s affected… having this many cases in the community, our frontline help is really dwindling. That’s another reason for calling for some outside help right now.”

The band declared a state of emergency last week in the face of a rapidly escalating outbreak. That has been answered with a great deal of help, Desmoulin reported.

A group of Canadian Rangers is on duty in the community as part of a two-week commitment, distributing goods to community members and assisting with other tasks.

A number of organizations including Dilico, Matawa, and the NorWest Community Health Centres clinic in Longlac were providing health care support.

Numerous groups have also stepped up to provide food, Desmoulin said, helping to supply the large number of households isolating.

“We want to make sure we service well so people don’t have any reason to leave their homes,” she said. “The more people we have isolating, the faster we’re going to get through this together.”

Some of those vaccinated with a first dose in early April were still testing positive for COVID-19 and even showing symptoms, she said, though they tended to be milder than for those who had not been vaccinated.

The chief has previously expressed some disappointment over slow vaccine uptake in the community, saying Monday that only 142 adults had been vaccinated.

Seeing the impact of the COVID-19 outbreak was increasingly convincing members to sign up at the next opportunity, she said.

Vaccination efforts are on hold in the community until the outbreak is under control, however. The timing of the outbreak meant members 12 to 17, newly eligible for the jab, will have to wait.

PHAC has assured the community there are vaccines earmarked when that time comes, Desmoulin said.

The chief emphasized the importance of following public health measures, with her community one example of how quickly the virus can spread.

“These measures are in there for a reason – they come from our health experts,” she said. “I’m really seeing first-hand the true importance of why people need to isolate.”