Family speaks out after dog allegedly attacked and killed 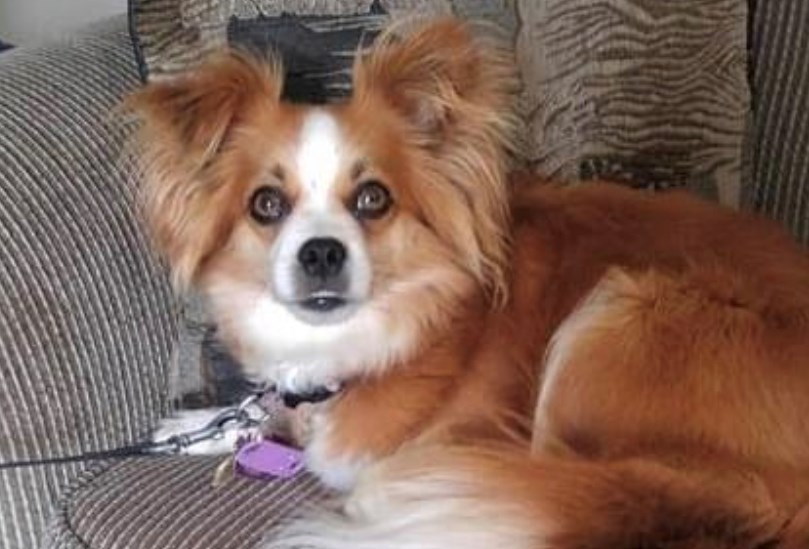 Ginger, a 10-pound six-year-old papillon, was allegedly mauled and killed by two huskies in the Wentworth Crescent area. (Photo supplied).

THUNDER BAY - After a dog was allegedly mauled and killed by two huskies in a north side neighbourhood, the family is speaking out in the hopes no one else will have to suffer the same pain, while also reminding owners to keep dogs on a leash.

Last Saturday, Anne Satten was walking Ginger, a 10-pound six-year-old Papillion, on Wentworth Crescent when they were allegedly attacked by two huskies.

Ginger was rushed to a veterinarian but unfortunately she passed away from injuries that included her throat being cut open and punctured lungs.

“My concern is if this happens to another dog or a child,” said Satten’s daughter, Jessica MacArthur.

“This is not the first dog. It happened to another dog. That dog had to go to the vet and did survive and that was another $2,500 vet bill. These dogs also went after my mom’s dog before but she was able to scoop it up in time. This is the third incident that I know of.”

MacArthur said Animal Services with the city of Thunder Bay was contacted and an investigation has been launched.

“They talked to the witnesses, the people who pulled the huskies off of my mom’s dogs,” she said. “They are doing a full investigation. However long that takes I don’t know and in the meantime these dogs are still with the owners. I don’t know how long it will take.”

Doug Vincent, manager of licensing and enforcement with the city of Thunder Bay, confirmed the owners have been identified and the dogs were not at large when by-law officers visited and they were not impounded.

Vincent added he is not able to comment on an ongoing investigation but did say a restraint order has been drafted and will be served to the owners of the huskies either Friday evening or Saturday.

A restraint order requires the owners to control the dogs and muzzles must be worn when out in public.

Any violation of the order constitutes an offence under a by-law and is subject to prosecution and may also result it the city seeking relief options under the province’s Dog Owners Liability Act.

The death of Ginger has left Satten not only with the emotional loss of a family member, but also injuries to her hand and arm, and a $5,500 vet bill.

Following the first run-in with the huskies last fall, MacArthur said her mother did contact the owners in the hopes of finding a solution.

“She told them these dogs need to be under control, maybe brought out to the country,” she said. “My mom is a bleeding heart animal lover. She just thinks these dogs just need to go out in the country or somewhere else they can be better taken care of and walked more often.”

“They said they were looking for someone else to take the dogs because obviously they are not city dogs. But she didn’t get any resolution.”

MacArthur added that it is not for her to say what happens to the two huskies and she would not want to see another dog killed or put down, but she is concerned that if nothing is done, a similar incident could happen again.

“I don’t think these dogs are under control,” she said. “I don’t know, if they can go to someone else’s house and become rehabilitated. My concern is this doesn’t happen again. They need to be leashed. They need to be under control. Whatever happens they should never do this to another dog, or a child, or a human.”