Investigators have taken some aircraft components to a Winnipeg lab.
Apr 2, 2019 2:51 PM By: Gary Rinne 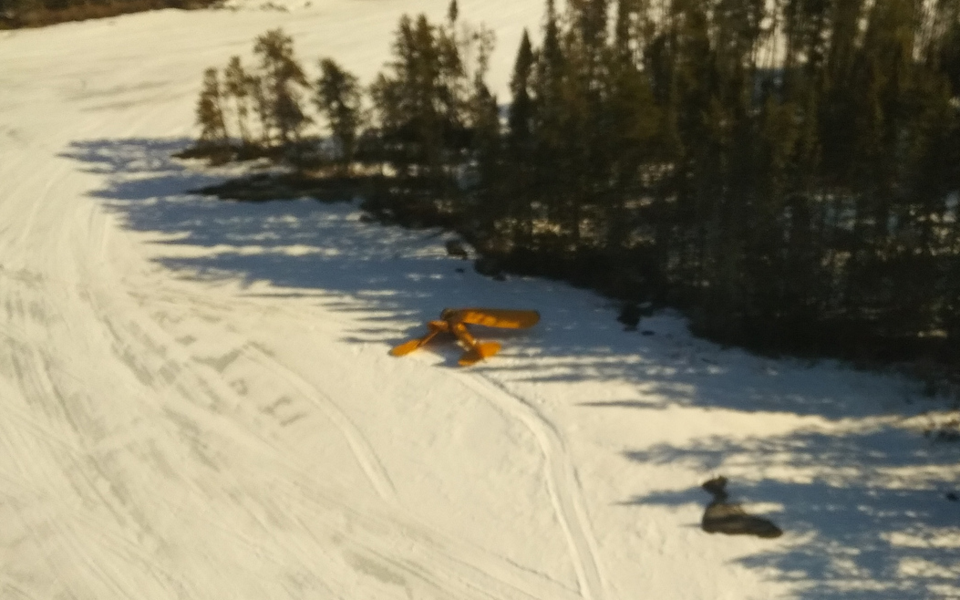 A Piper J3 Cub lies on the ice of Snowshoe Lake after a fatal crash on March 30, 2019 (Flickr/TSB photo)

KENORA, ON — The Transportation Safety Board says the single-engine plane involved in a fatal crash landing north of Kenora on the weekend went out of control on the final approach to Snowshoe Lake.

A TSB spokesperson says a team that conducted an initial investigation at the crash site 60 kilometres from Kenora has returned to Winnipeg with some preliminary findings.

They determined that "control was lost and the aircraft collided with the frozen ice surface," Eric Collard told Tbnewswatch in an interview Tuesday.

It is not yet clear what led up to the Saturday afternoon collision, which claimed the life of the 65-year-old pilot and caused critical injuries to a 26-year-old passenger.

The ski-equipped, privately-registered Piper J3 Cub had flown from Minaki to Snowshoe Lake.

TSB investigators removed some items from the aircraft for examination at the board's facilities in Winnipeg.

"We are still assessing the occurrence, which means we haven't determined what level of investigation we're going to be doing on this," Collard said.

Raffle launched to support Chippewa Park 100 year anniversary
Oct 1, 2020 4:57 PM
Comments
We welcome your feedback and encourage you to share your thoughts. We ask that you be respectful of others and their points of view, refrain from personal attacks and stay on topic. To learn about our commenting policies and how we moderate, please read our Community Guidelines.
The latest on COVID-19 Local and global updates →