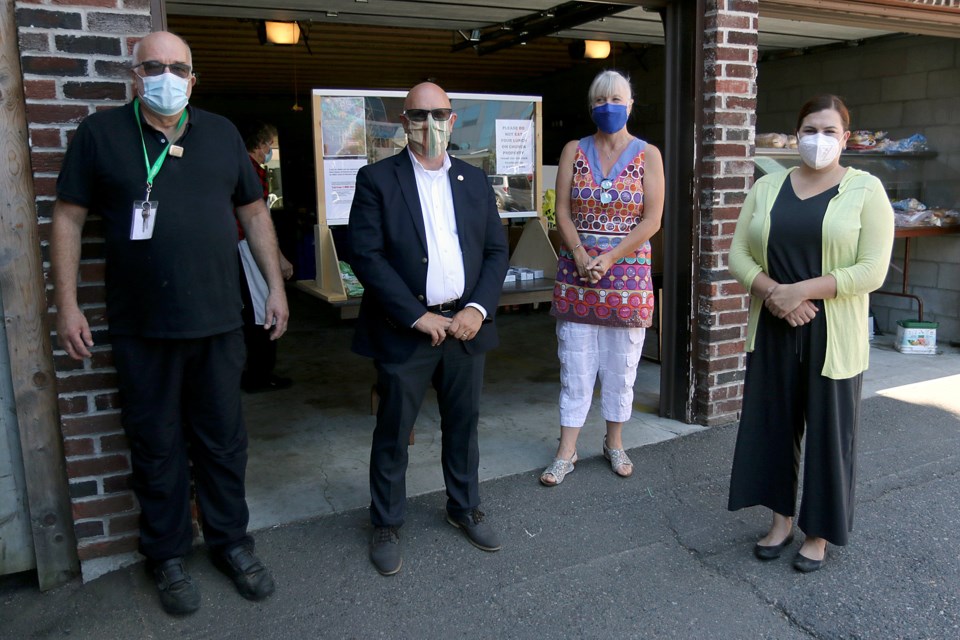 THUNDER BAY – The Dew Drop is busier than its ever been.

Unfortunately, the money needed to cover the cost of feeding the city’s homeless and low-income population hasn’t matched the recent growth.

Michael Quibell, the executive director of the north-side soup kitchen, said like many other organizations, his has been hit hard by COVID-19.

“June was a record-breaking month for us, 9,690 take-home lunches,” Quibell said.

Quibell said the situation would be much bleaker if the federal government hadn’t stepped in with a grant of $87,500, part of a $350-million Emergency Community Support Fund announced in April by Minister of Families, Children and Social Development Ahmed Hussen to help vulnerable Canadians and non-profit organizations.

“For us it meant that we could continue to be open,” Quibell said. “But the most important thing is we could upgrade our take-home lunches and add a lot of nutrition into the lunches.

“For example, one apple a day for the month of June was $4,000. These are costs we could not incur on our own, so this funding was essential for us.”

Thunder Bay-Superior North Liberal MPP Patty Hajdu, who toured the Dew Drop Inn on Thursday, said food security and food access is important, even more so during a pandemic, when the country’s economy took a free fall and only just started to recover.

“Early on in the pandemic we knew that organizations like the Dew Drop were going to be called on even more as people saw a reduction in work, layoffs – just more barriers in terms of accessing feeding programs and food banks,” Hajdu said.

“Our government decided to invest in front-line, not-for-profit organizations to give them an additional boost to have the capacity to meet that additional need and meet the additional costs of operating in an unusual time.”

Quibell said donations intiially were stronger, but they've dwindled off a bit, so every little bit helps.

"There's still some support from the community, but not as much as back in March," he said.