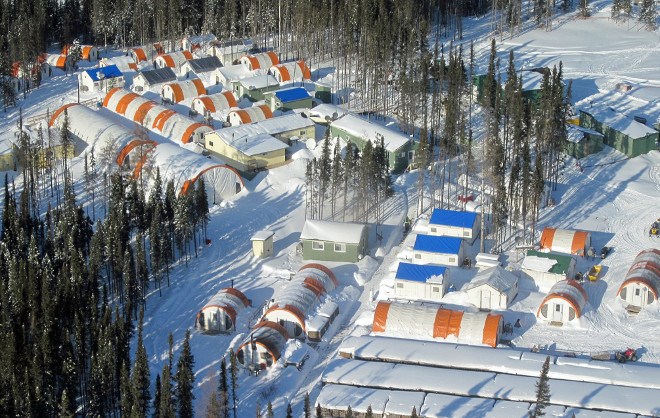 OTTAWA — The federal government has decided to expand its assessment of the environmental impact of development in northwestern Ontario's Ring of Fire mineral zone.

Minister of the Environment and Climate Change Jonathan Wilkinson has agreed to order a regional impact assessment at the request of Aroland First Nation, the Wildlife Conservation Society Canada, and Osgoode Hall Law School's Environmental Justice and Sustainability Clinic.

The review will be conducted under the terms of the new federal Impact Assessment Act, which came into force last year as a replacement for the Canadian Environmental Assessment Act.

The legislation gives the new Impact Assessment Agency of Canada the power to delegate any part of impact assessment to an Indigenous governing body or a provincial government.

In a letter to the three groups that asked for a regional assessment, Wilkinson said anticipated development in the Ring of Fire region has the potential to cause adverse effects within federal jurisdiction, including cumulative effects.

These include effects on climate change, fish and fish habitat, migratory bird populations and wildlife listed under the Species at Risk Act.

In addition to the three requests for regional assessment, the minister said the Impact Assessment Agency received submissions "expressing concern related to development" during a recent public comment period for the Webequie Supply Road and the Marten Falls Community Access Road impact assessments.

Wilkinson said he intends to carry out the assessment "in full partnership" with the Ontario government.

He has told his officials to update him on planning for the regional assessment after discussions with stakeholders, by the fall of this year.

Bombardier starts work on manufacturing ventilators
May 29, 2020 4:06 PM
Comments
We welcome your feedback and encourage you to share your thoughts. We ask that you be respectful of others and their points of view, refrain from personal attacks and stay on topic. To learn about our commenting policies and how we moderate, please read our Community Guidelines.
The latest on COVID-19 Local and global updates →
Support local: Delivery, takeout & more
View local businesses