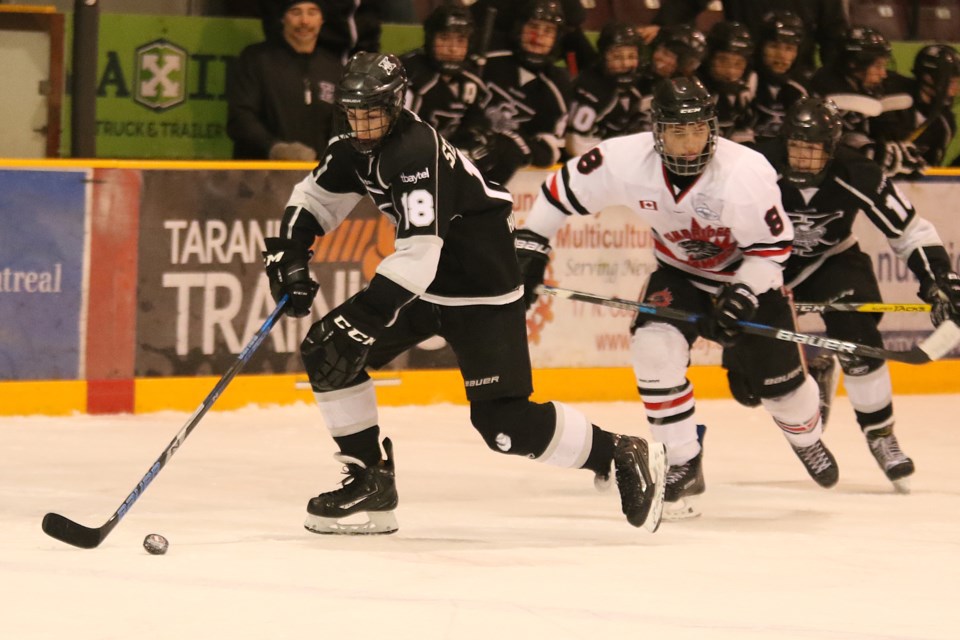 OLIVER PAIPOONGE – The Kam River Fighting Walleye may be sidelined by COVID-19, but the first-place squad isn’t standing pat.

The expansion team on Wednesday announced it has acquired hometown hopeful Mackenzie Sedgwick, who opened the 2020-21 campaign with the Rayside-Balfour Canadians of the Northern Ontario Junior Hockey League.

Sedgwick, 18, was held off the score sheet in 10 appearances with the Canadians. He’s a graduate of the Thunder Bay Kings program, playing for the under 18 team at the 2019 Telus Cup.

“I’m very excited to be joining a young organization and looking forward to the new opportunity,” Sedgwick said in a release.

Fighting Walleye general manager Kevin McCallum said Sedgwick will be a great fit for the first-year team, which got off to a 3-1-0 start before the surge in cases led to the province being placed in lockdown status.

“When the opportunity comes up to bring a player like MacKenzie back home, and knowing what he brings to our line up on and off the ice, it’s extremely exciting for our program,” McCallum said.

“To say the future looks bright for Oliver Paipoonge’s team is an understatement.”

Kam River coach Matt Valley said the team is fortunate to be able to add a player of Sedgwick’s calibre midway through the campaign.

“He's a fantastic player, but more importantly, an exceptional person. So, he fits the Walleye mold perfectly, in respect to both his game and character. My staff and I are excited to see what he can bring to the table now and moving forward for this franchise,” Valley said.

Earlier this month the team announced Jesse Swanson, a forward with the Parkton Elks U18 AA team, has committed to play for the Fighting Walleye in 2021-22. The club also acquired defenceman Hayden Johnston of Thunder Bay from the Leamington Flyers in return for a player development fee.