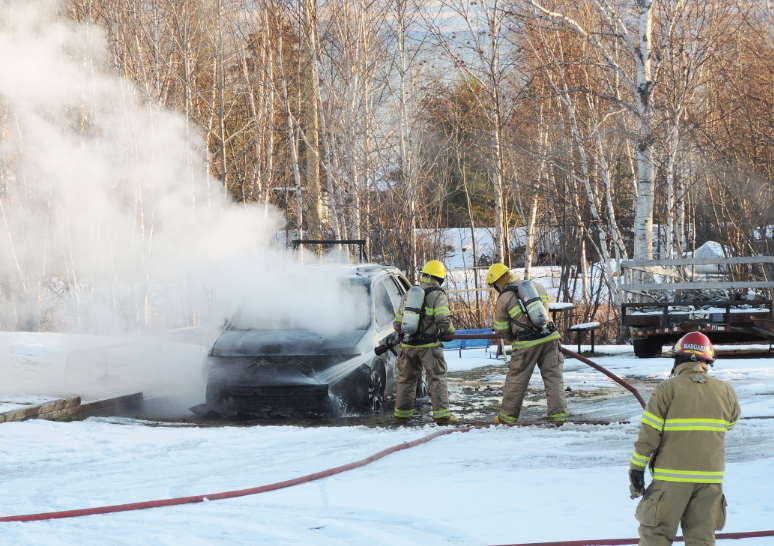 SHUNIAH, Ont. – Fire crews were on scene Sunday afternoon at a vehicle fire on Lakeshore Drive.

According to a release, first arriving crews reported a fully involved vehicle fire in close proximity to a shed and the house.

Firefighters quickly knocked the fire down, preventing the spread of fire to nearby structures.

Fire crews say nearby structures were inspected with thermal imaging to ensure debris from the explosion posed no further risk.

Crews from one of our fire units reported challenging conditions responding to the fire due to vehicles not moving over to the right and stopping.

SFES would like to remind the public that every second counts when emergency vehicles, such as police vehicles, fire apparatus, and ambulances are rushing to respond to calls for help - any delay can be critical for emergency responders and those who urgently need them.

OPP seeks help finding Mount Baldy snowmobile thief
Jan 27, 2020 4:41 PM
Comments
We welcome your feedback and encourage you to share your thoughts on this story. We ask that you be respectful of others and their points of view, refrain from personal attacks and stay on topic. To learn about our commenting policies and how we moderate, please read our Community Guidelines.