A Nipigon-area man who worked the same trapline for 15 years initially received the licence.
Aug 27, 2019 1:21 PM By: Gary Rinne 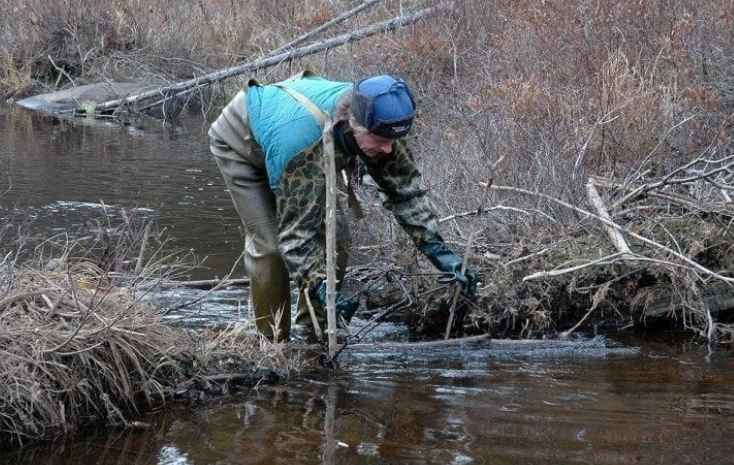 THUNDER BAY — A reversal by the Ministry of Natural Resources and Forestry has left a long-time trapper in the Nipigon area without a licence for the trapline he helped to manage for 15 years.

Instead, the licence was awarded to a woman from the Red Rock Indian Band under a provincial policy that gives the right of first refusal to a First Nation member with a family connection to a trapline.

Band officials say the decision reflects historical practices and the importance of reconciliation.

However, it has alarmed a trappers organization which says the government's decision to reallocate a trapline that has been properly managed means trappers must now worry their traplines can be taken away at any time.

David Stenlund was registered as a "helper trapper" with the licensee of trapline NG-013 for 15 years, then pursued the licence himself after the former head trapper designated him as his recommended successor, in writing, prior to his death in February 2017.

When MNRF notified nearby Indigenous communities that NG-013 had become vacant, it received an application from Holly Sitch who said she had evidence of her family connection to the trapline.

The evidence included a provincial enumeration printout from 1871 and an 1836 journal that showed Sitch's great-great-grandfather was a trapper in the Nipigon area.

She also produced census documents listing her grandfather as a trapper up to 1919, and his obituary in 1940 which referred to him as an active trapper.

Sitch said her father trapped as well, and that she is currently a registered helper trapper on the trapline adjacent to NG-013.

But the woman could not prove her ancestors trapped in the exact location of NG-013, leading local ministry officials initially to award the trapline licence to Stenlund.

The Red Rock Indian Band subsequently notified MNRF it was invoking the dispute resolution process established under the province's Trapping Harmonization Agreement  with the Union of Ontario Indians.

Notes from the band's meeting with MNRF recorded a comment that the band was prepared to protest, including using legal means and civil disobedience, unless the licence decision was reversed.

Ministry reversed its decision, saying it had made a mistake

A few months later, in January 2018, the ministry advised Stenlund his licence would not be renewed, and would be allocated to Sitch upon its expiry in August 2018.

Ministry officials said their local office had made a mistake when they interpreted ministry policy as requiring an Indigenous applicant to prove her ancestors had trapped on a specific trapline rather than in the local area.

Stenlund, a fourth-generation trapper, applied in a Thunder Bay court in June of this year, by way of judicial review, for an order quashing MNRF's decision.

In a decision released this month Justice F.L. Myers dismissed the application while acknowledging Stenlund's frustration with the government.

"I readily empathize with the upset and sense of unfairness felt by Mr. Stenlund. But, in my view, while perhaps ham-fisted, the Minister's decision to decline to renew or re-issue a licence to Mr. Stenlund fell within the range of discretionary decisions available to the Minister under the law," the judge said.

Stenlund's lawyer, Alex Little, argued there is an important distinction between government practices with regard to "allocating" a trapline to a head trapper versus the regulations governing the annual licensing of the trapline.

"The allocation is everything, and the licence is just kind of a year-to-year rubber-stamping," Little said in an interview with Tbnewswatch.

Katie Ball, president of the Northwestern Ontario Fur Trappers Association, worries that "despite being allocated traplines and the status of a head trapper...the MNRF can now treat that no different than a fishing licence you purchase at a corner store. Therefore it's only good for one year."

Ball said trappers invest a great deal of time and money building and maintaining the trapline infrastructure, and learning how to best manage the line to meet government quotas while preserving local animal populations.

"If we know we might possibly lose our trapline that year or next year, why would we want to spend all that time and effort doing that?" she asked.

Red Rock Indian Band Chief Matt Dupuis said members of his community and its trappers' council are pleased with the outcome, saying it shows "the Crown is living up to its obligations."

The band's communications officer and former lands and resources consultation coordinator,  Alyssa Ray, said she hopes the case will educate people including ministry staff about the significance of traditional trapping.

"It's important to recognize that the First Nations here been utilizing furbearing animals long before the 1940s when the registered trapline system came into play," Ray said.

The system impacted First Nations people because it divided the land into pieces, she said, but now processes are in place—such as the right of first refusal when trapline vacancies are declared—so "things are being made right."

Ray pointed to an MNRF written statement, referenced in court, that its decision to reallocate Stenlund's licence was also made "in the spirit of reconciliation with indigenous people."

"For First Nations to have a fair process that they can go through...that's huge, because we haven't always had that," she said.