Variants of concern are fueling a third wave of the pandemic in Ontario, leading to more hospitalizations and ICU admissions.
Apr 1, 2021 2:01 PM By: Doug Diaczuk 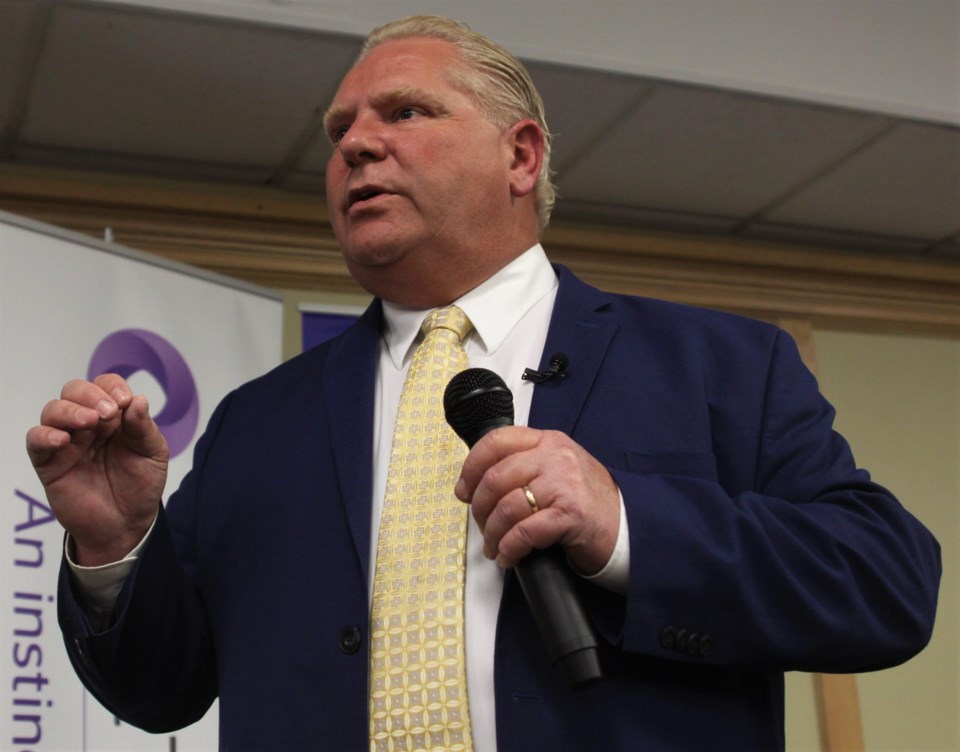 THUNDER BAY - The province of Ontario is entering into a new category of its COVID-19 response framework, which will see new restrictions and limits on gatherings.

On Thursday, Premier Doug Ford announced the entire province will be under shutdown for at least four weeks starting Saturday, April 3 at 12:01 a.m.

“We are facing a very serious situation,” Premier Doug Ford said during a media briefing on Thursday. “As I’ve said many times, we will do what it takes to protect the people of Ontario. As Premier, it falls on me. I’m the one who has to make the tough decisions. Today I need to make one of those tough decisions.

Under the new category of the response framework, shutdown is similar to the grey lockdown zone, though some services originally permitted to remain open will now be forced to closed.

As part of the shutdown, it is illegal to gather indoors with anyone you do not live with, people should only leave their residence for necessities such as groceries, work if unable to do so remotely, school, medical appointments, and exercise and physical activity.

Those who live alone can have close contact with only one other household. No indoor social gatherings are permitted and outdoor gatherings are limited to no more than five people. Religious, wedding, and funeral services are limited to 15 per cent capacity of the indoor room and outside is limited to the number of people that can safely physical distance from each other.

Restaurants are restricted to take-out and delivery only, with no in-person dining.

All sports and recreational facilities are closed with the exception of day camps and childcare. Ski hills, golf courses, and driving ranges will be permitted to remain open, though clubhouses and chalets will be closed.

All other personal care services, such as barbers and hair salons will be closed, along with casinos and bingo halls, cinemas, and performing arts facilities.

The decision to move the entire province into shutdown follows new modeling released by public health officials showing that COVID-19 variants of concern are fuelling a third wave in the province, leading to more cases, hospitalizations, and ICU admissions, particularly amongst younger people.

“We are in a third wave of COVID-19. The variants of concern are spreading rapidly,” Ford said.

“This is a new pandemic. We are now fighting a new enemy. The variants spread faster and do more harm than the virus we were fighting last year. Younger people are ending up in the hospital. With these new variants, the risk of ICU admissions is two times higher. The risk of death is 1.5 times higher.”

Of the new cases reported in Ontario, 67 per cent are the result of a variant of concern.

The province has already seen record numbers of people admitted to ICUs, with more than 430 patients admitted as of Wednesday.

“We are now seeing nearly 14 per cent increase in hospitalizations, with COVID-19 patients in ICU increasing dramatically,” Ford said. “We have never had more Ontarians in intensive care than we do today.”

When asked about what the significant difference between the shutdown and the lockdown orders already issued in some areas, including the Thunder Bay District, Ford said it is province-wide in order to reduce the spread of variants among communities.

“We have seen the variants of the virus spread all over, whether it’s Sudbury, up to Thunder Bay, down in London, we see it spreading at a rapid pace,” Ford said. “It’s a complete shutdown of the entire province. We also see people gathering in large groups that we are totally discouraging. We saw what happened in the last holiday season, so we are discouraging that.

“If we don’t do it, we would be in deep, deep trouble. We would see the ICUs get out of control, deaths would get out of control. Now what we are seeing is younger people ending up in ICU and in some cases passing away. We need to do this.”

Chief medical officer of health, Dr. David Williams, added that lockdowns have worked, saying cases dropped following the lockdown after the Christmas season and if some regions were not under lockdown, such as Toronto and Peel regions, the daily case counts would be close to 4,000.

Initially the province's COVID-19 response framework website listed ski hills, golf courses, and driving ranges as being closed during the shutdown. This has been clarified and they are permitted to remain open. A provincial spokesperson said the website will be updated.