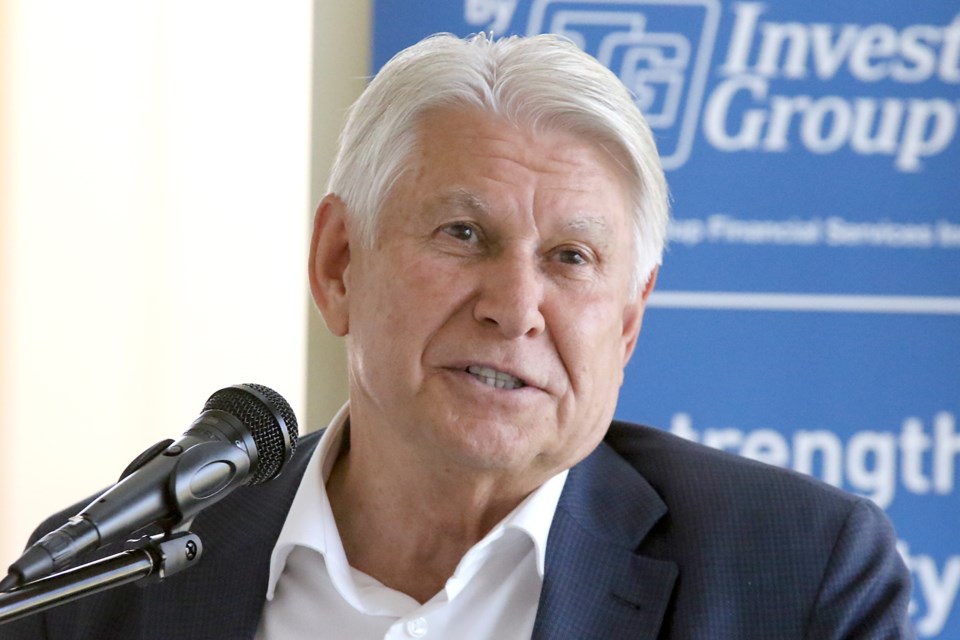 THUNDER BAY — An unsettling experience during a weekend bike ride has convinced Ken Boshcoff he needs to pick up a Naloxone kit at his local pharmacy.

The former Thunder Bay mayor and MP was biking on the city trail system when he came across a man lying on the sidewalk, with no outward signs of life.

The incident happened near the bridge on Edward Street at Parkway Drive.

"I went up to him and started shouting to try to awaken this person, trying to get some sort of reaction...I could not detect any breathing pattern, eye flutter or anything for quite some time. Eventually, there was a twitch...so it was quite a relief to actually see some response."

After another cyclist who also came by spotted facial movements, in the course of time the man was able to sit up.

"She was very helpful in terms of reassuring the person," Boshcoff said, adding that he was grateful she provided assistance.

Boshcoff had also called 911, where the operator gave him some questions to ask in order to assist paramedics when they arrived.

He said the man admitted to having taken drugs.

"He said he wanted help but he would not tell me what drugs he had taken. He said 'You don't want to know,' " Boshcoff recalled.

Although he doesn't know specifically what caused the man's condition, Boshcoff described the incident as "a very shocking experience" to have during a bike ride, and said he plans to get a Naloxone kit to bring with him on future outings.

Naloxone can help reverse the effects of accidental opioid poisoning.

Boshcoff said the kit is about the size of an eyeglass case, so he'll be able to carry it in his bike bag or the glove box of his vehicle.

Naloxone – also known by the brand name Narcan – can be picked up at pharmacies free of charge.

Pharmacists will explain how to administer it.

"Opioid poisonings can affect anyone taking an opioid, whether prescription or non-prescription. It affects all walks of life. That's why it's important to keep a Naloxone kit accessible at all times," she said.

The internasal version of the medication is more widely used than the injectable version and is administered by spraying it into a person's nostrils.

Haney said giving it to someone who is not experiencing opioid poisoning is not harmful.