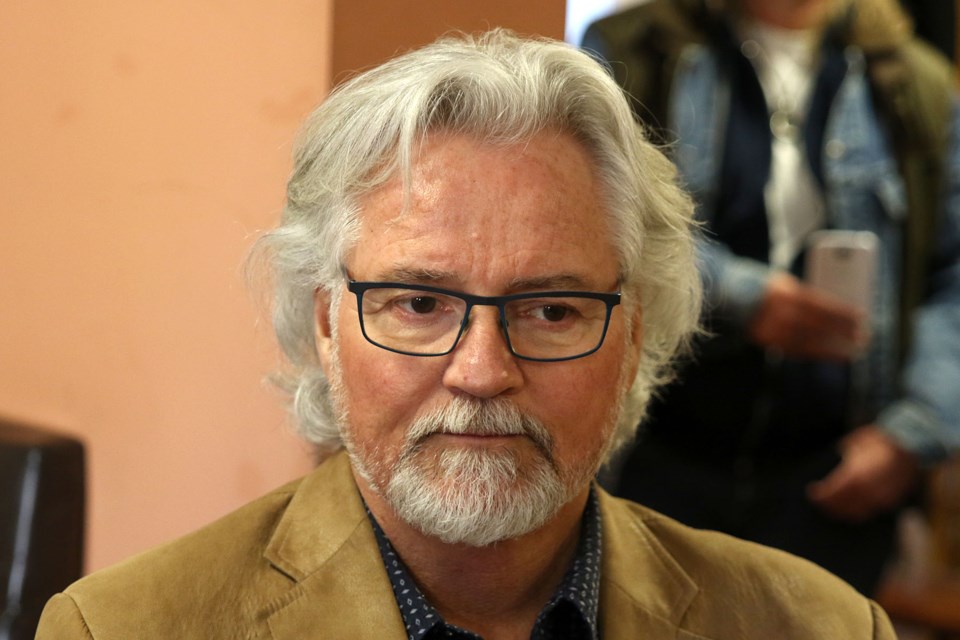 The former CKPR broadcaster lost a lengthy battle with cancer.

Former Liberal MP Ken Boshcoff, who Rafferty defeated to capture the Thunder Bay-Rainy River riding in 2008, said he was saddened to hear the news.

"He was a persevering and tenacious competitor so it was with some chagrin that I acknowledged it was a humbling honour to be the guy that John beat to become our MP. We shook hands sincerely and I did not realize that was the last time I would see him. He served the people of our riding with tireless energy."

Tributes poured in as the news of his death spread.

"Our region was fortunate to have the dedicated representation that John Rafferty provided. His commitment to public service was clear and he was a strong voice for Northwestern Ontario. My deepest condolences to his family," she said.

"Political life can be difficult on the member and their family, but I always felt that John truly embraced the job and all that it entailed," Mauro said.

"His commitment to his party and to the people of Thunder Bay represent a legacy that his family can take great pride in. The communities of Thunder Bay-Rainy River are better because of his public service."

Ontario NDP Leader Andrea Horwath said she was saddened to learn of his passing.

"John was loved, well-respected and a true champion for his community. On behalf of Ontario’s New Democrats, our condolences to his wife Pamela and to John’s family and loved ones," Horwarth wrote on Twitter.

"So sad to hear the news of the passing of my friend and former colleague, John Rafferty, who proudly represented the great town of the Thunder Bay. A loving husband and excellent parliamentarian. I’m going to miss him."

It took Rafferty several tries to finally find a seat in higher government.

He took another stab at Queen's Park in 2007, losing to Mauro again, this time by just 36 votes.

It was in 2008 that he made it over the top, finally knocking off Boshcoff, a two-time MP and former Thunder Bay mayor and councillor. Rafferty won 40.3 per cent of the votes that year, and went on to serve seven years in the NDP caucus.

Born in Wingham, Ont. on July 3, 1953, Rafferty's time in Ottawa wasn't without controversy. He ran afoul of interim NDP leader Nicole Turmel, when he stood his ground and in 2011 voted against the repeal of the long-gun registry, saying at the time he was standing up for the constituents of his largely rural Northwestern Ontario riding.

Both Rafferty and fellow Thunder Bay-Superior North NDP MP Bruce Hyer were disciplined by Turmel, losing their critics roles and temporarily their right to ask questions or make statements in the House of Commons.

Hyer would later cross the floor to join the Green Party, while Rafferty had his status restored by newly anointed NDP leader Thomas Mulcair.

Rafferty, despite his defeat at the hands of Liberal Don Rusnak in 2015, didn't stay off the political stage for long, earning the NDP nod in Thunder Bay-Atikokan ahead of the 2018 provincial election, slated to take on Mauro for a third time.

But it was not to be.

The long-time politician withdrew from the race in January 2018, citing his health.