THUNDER BAY -- Georjann Morriseau has stepped out of the race just one month after declaring her intent to enter federal politics.
Feb 7, 2015 11:19 AM By: TbNewsWatch.com Staff 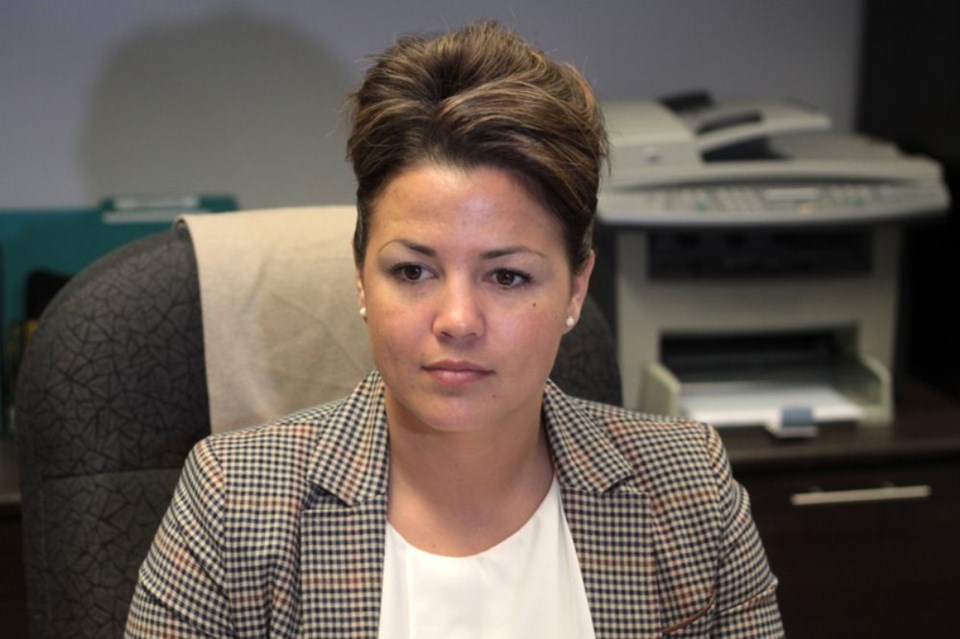 Georjann Morriseau announced Saturday she has decided not to pursue a bid for the Liberal nomination in the Thunder Bay-Rainy River riding for the upcoming federal election. (tbnewswatch.com file photograph)

THUNDER BAY -- Georjann Morriseau has stepped out of the race just one month after declaring her intent to enter federal politics.

The chief of Fort William First Nation confirmed on Saturday that she is withdrawing her bid in the Liberal nomination race in the Thunder Bay-Rainy River riding.

Morriseau originally broke the news through a Facebook post shared earlier in the morning where she said she had decided to abandon the pursuit after an overwhelming response from her community, urging her to reconsider and launch a re-election campaign as chief.

In an interview Morriseau said she intended to seek a second term as chief in their elections, which will be held in April.

“With the response from everybody saying to stay here at Fort William, continue to be dedicated and finish what you started, that’s what I’m here to do,” she said.

“I’m looking to continue the great work we’ve started in the last two years. I look to take that to the next level with our community and if they want me there, I’ll be there for them.

Morriseau had been the first candidate to enter the party's nomination race, announcing in January that party had given her the green light to run.

Though the mother of three young children said she would ultimately like to make a federal run at some point, in the last month she came to the realization this is not the time.

If ultimately elected, spending a significant amount of time in Ottawa away from her family was something she decided she wasn’t ready to do.

“You know for a fact you’re going to be gone quite a bit more,” Morriseau said. “I would also be representing a broader region and a broader mandate, and as much as I would love to do that I also have to look out for and after my family as well to ensure my children have their mother.”

The Liberals have yet to announce a date for their nomination meeting. Their leader, Justin Trudeau, is scheduled to visit the city on Monday.

Below is Morriseau's Facebook message detailing her reasons for stepping down:

After careful consideration and reflection I have respectfully made the decision to not participate in the Federal Liberal Nomination Meeting. The overwhelming response from our community members, elders, and youth have been for me to remain as the Chief of Fort William First Nation and seek re-election, with the long term commitment and dedication of improving our Nation and moving forward.

There are many great goals to achieve, challenges to address, and projects to be completed. While the opportunity to further the First Nations mandate at the federal level is a great honour, I must remain grassroots and help those who have helped me become the person I am today. I must support those who want to continue the positive change within our community; and realize we have a lot of work to do.

While many have offered to support me either way, I must remain committed and dedicated to Fort William First Nation. Therefore this decision to remain as Chief and respectfully decline the nomination for the Liberal Party has already been made. Sometimes in life we are presented with extraordinary opportunities, however we must listen with our heart and remain loyal to our visions and goals. My heart is with my community that raised me. I am at peace with this decision, enabling me to continue to focus all my energy into what matters most to the people and community around me.

There is work to be done at home. Not all choices in life can be a personal decision. I have realized that sometimes those around you are what matter most. Family, friends and community must come first. My personal decisions are moulded by those who have shown me the love, care and respect. Those people are the people of Fort William First Nation. For these reasons alone I will remain dedicated to our community.

Our plan and vision as a community deserves this dedication from their leaders. Vision, hope and prosperity can not be realized unless we stay together on a forward path; and a recent discussion with our Elders helped me to realize this resulting in my decision. While being supportive, they also taught me a valuable lesson. Patience.

Thank you Fort William First Nation for helping me become the person I am. My heart is with my community. I will show you the dedication and respect you deserve. We are all one. Let's move forward together.

With great respect and humility,