The fire hazard remains high to moderate throughout much of the region
Aug 5, 2019 11:39 AM By: TbNewsWatch.com Staff 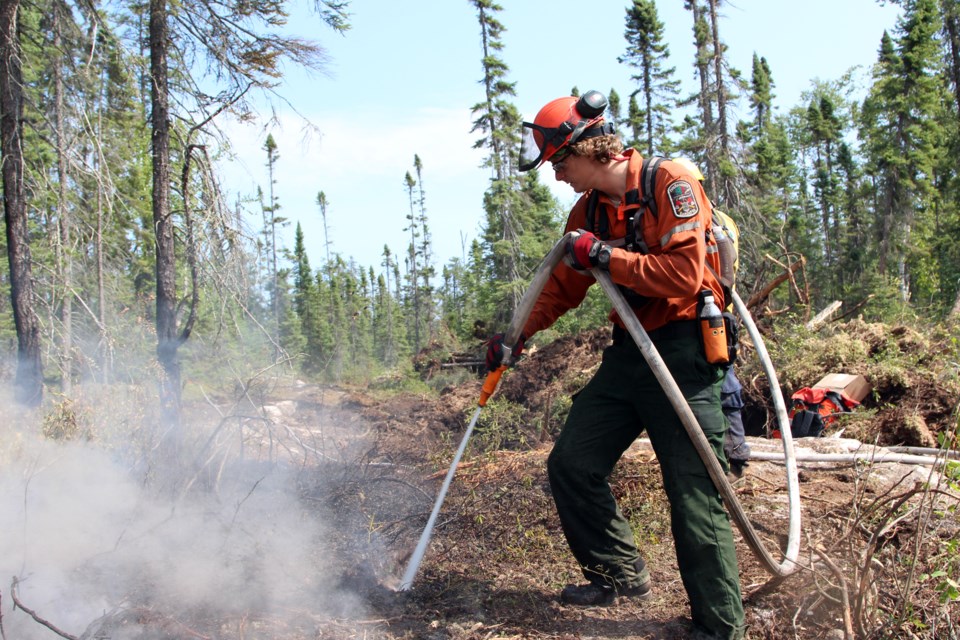 THUNDER BAY - As the long weekend winds down, the Ministry of Natural Resources and Forestry is reporting four new forest fires burning in the region and says the fire hazard remains high to moderate.

As of Sunday evening, there are 35 active forest fires burning in the Northwest region, with five listed as not under control, two being held, seven under control, and 21 fires being observed.

The new fires that started this weekend include Red Lake 65, which is located approximately 66 kilometres east of Ear Falls and being held at 0.2 hectares.

The 2.5 hectare fire, Sioux Lookout 53, is approximately 105 kilometres south of Miniss Lake and listed as not under control.

Red Lake 66, which is located 75 kilometres northwest of Red Lake near Keeper Lake in Woodland Caribou Provincial Park, is also listed as not under control and is 1.5 hectares in size.

Approximately 89 kilometres southwest of Pickle Lake is Sioux Lookout 54, which is 0.1 hectares and listed as not under control.

According to the MNRF, the fire hazard in the southern portion of the Northwest is high to moderate, which includes Kenora, Dryden, Fort Frances, and Thunder Bay.

Some areas in the Red Lake, Sioux Lookout, and Nipigon region have been affected by recent precipitation but conditions remain at high to moderate.

The MNRF is asking the public to exercise caution this long weekend when camping. Campfire locations must be chosen carefully and fires should be kept small and never left unattended.

Ensure a campfire is completely extinguished before leaving the site by drowning it with water and stirring the ashes to uncover any hot coals and then pour water on it again.