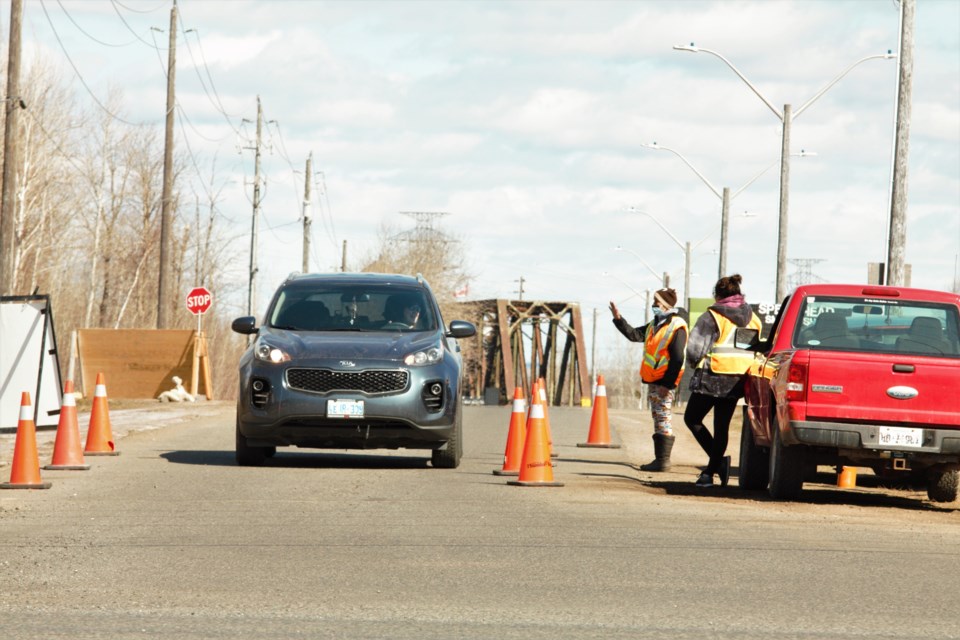 Checkpoints could return to Fort William First Nation as it moves to Stage 3 of its pandemic plan. (Ian Kaufman, tbnewswatch.com/FILE)

The First Nation announced in a letter posted to social media Friday that it would move to Stage 3 in its own pandemic plan. That will include “a phased plan for security checkpoints,” according to the release issued Friday evening, though the details of that plan remain unclear.

The First Nation previously implemented restrictions including security checkpoints in the spring.

The decision to move to Stage 3, which was recommended by the First Nation’s Emergency Response Team, comes as the Thunder Bay area sees an ongoing spike in cases.

The Thunder Bay District Health Unit announced 90 cases in the 15 days leading up to Friday, with the vast majority located in the city and its surrounding areas.

None had yet been confirmed on Fort William First Nation, according to Friday’s letter from CEO Michael Pelletier, Jr.

The letter also informed residents that COVID-19 testing was available by appointment in the community. Residents who require testing for themselves or children can call Dilico at (807) 626-5200.

The First Nation had not immediately responded to a request for further details from Tbnewswatch Friday evening.