Anishinabek Police Service officer says fire believed to be accidental and caused by a wood stove.
0
May 15, 2019 2:29 PM By: Leith Dunick 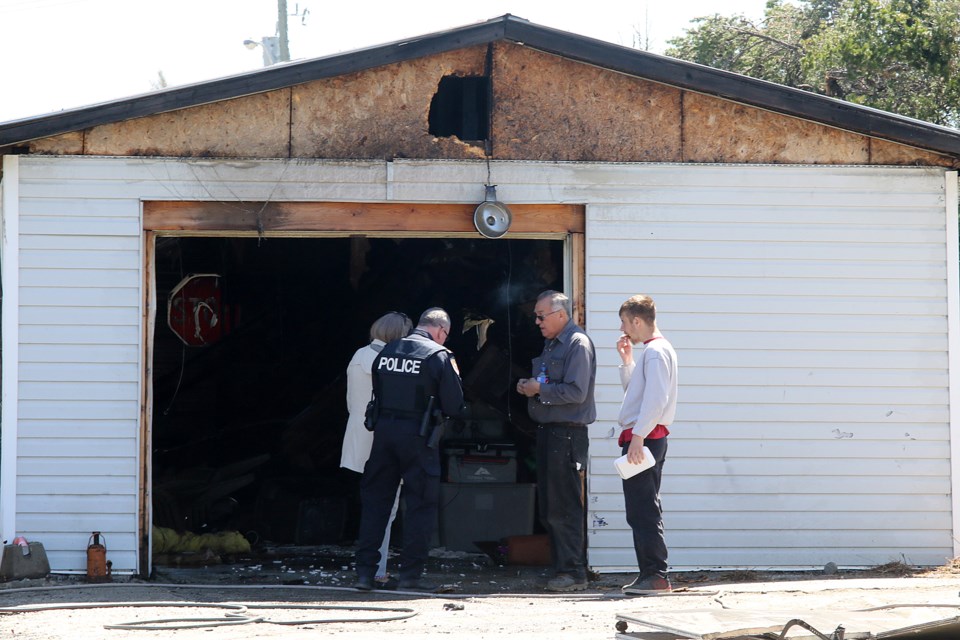 An Anishinabek Police Service officer investigates a fire at a garage adjacent to a Mission Road home on Fort William First Nation on Wednesday, May 15, 2019. (Leith Dunick, tbnewswatch.com)

FORT WILLIAM FIRST NATION – A garage fire that broke out at a Mission Road home has been deemed accidental.

The fire, which broke out late on Wednesday morning, did claim the life of a cat that was inside the garage at the time and was unable to escape.

An Anishinabek Police Service officer said fire officials believe a wood stove was to blame for the blaze, adding that no people were hurt.

The incident remains under investigation.