Gay rights have come a long way, but still have a ways to go: Professor

There may be laws in Canada that allow gays to marry, but until society changes its way of thinking it will never be a totally safe country for the homosexual community, says a university professor.
Oct 22, 2010 4:56 PM By: Leith Dunick 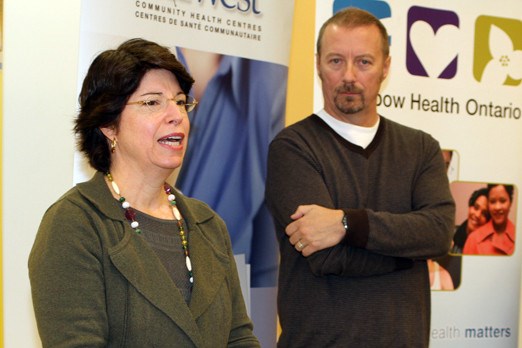 There may be laws in Canada that allow gays to marry, but until society changes its way of thinking it will never be a totally safe country for the homosexual community, says a university professor.

Canada has come a long way since 1969, when a same-sex orientation could land one behind bars for 15 years, says McGill social work professor Bill Ryan, but there’s still a long way to go.

One that could use a little self-policing are community organizations, who may seem tolerant and inclusive from an outsider’s perspective, but whose subtle use of language at times may present the exact opposite to gay, lesbian, bisexual and transgendered youth.

It won’t take much to fix the problem, Ryan said, midway through a three-day Creating Safe Spaces conference aimed at changing the ways of social workers, teachers, counsellors and health-care professionals.

"Even though the overwhelming majority of people in the helping professions now are not homophobic, they still may not have in their university training received information about how to adapt languages, how to adapt services so that they more adequately meet the needs of people because they’re worried about being rejected," Ryan said.

"They’re absolutely not doing it on purpose. In fact the desire is to not do it. But sometimes they’re very ingrained. It actually means sometimes just changing the vocabulary that you use and not assuming that everything is man-woman, male-female, heterosexually based."

It can be as simple as not reacting at all when a man gives another man’s name as his spouse when seeking treatment at a hospital emergency room.

"They’re just small changes, but they’re changes that don’t put the burden on the individual to take the risk in health and social services and education, that the adults and professional services around them name their openness more clearly," Ryan said.

Wendy Talbot, the executive director of the NorWest Community Health Centre said it’s unfortunate Thunder Bay hasn’t been as open to change in its overall attitude toward the LGBT community, and that only through education will change arrive.

"We are the last group that it’s OK to hate publicly," said Talbot, not afraid to declare her homosexuality. "Quite frankly, this issue has got to come out of the closet in Thunder Bay. We have to work together. It’s my issue. I’m one of the lucky and privileged ones. But our kids are leaving Thunder Bay. They’re leaving Longlac, they’re leaving Hearst and they’re winding up on the streets of Toronto."

Nancy Chamberlain, who heads the host Thunder Bay Counselling Centre, said it’s up to adults to create safe spaces in the community, something that may have happened on paper, but not fully in practice.

"You still can’t walk down the streets hand-in-hand with your partner and still feel safe," Chamberlain said. "We’ve got a great challenge ahead of us."

The three-day session is a first for Northwestern Ontario, put on by the Institute for Sexual Minority Health.