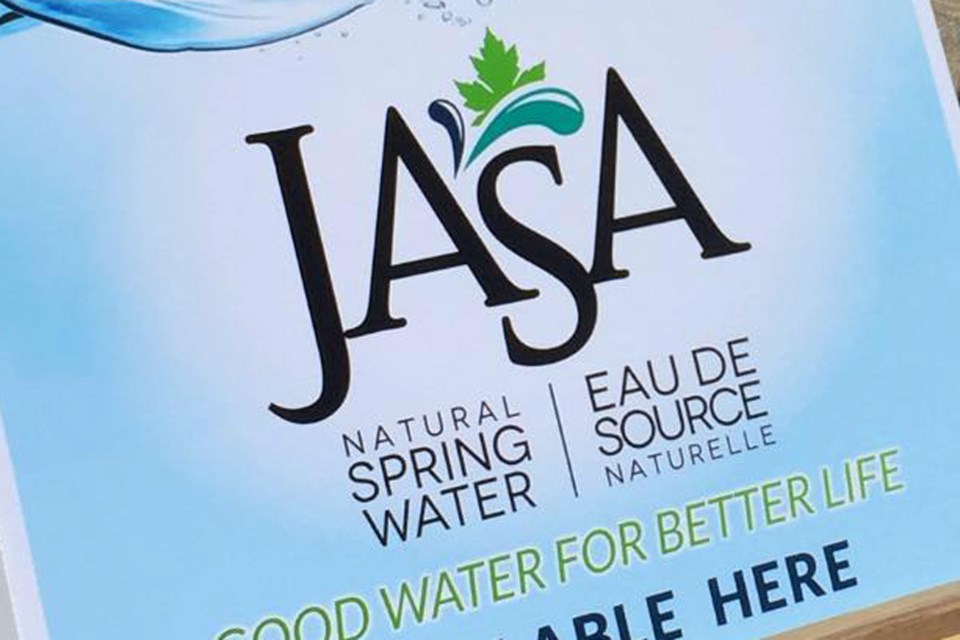 THUNDER BAY — Deep in the forest near Kam Current Road in Gorham, natural spring water flows from underground in its purest form.

In 2014, property owner Kari Jamsa discovered the treasure and tapped into the flow. The question was how to bottle and market it.

When Jamsa met James Ngaindjo, they became business partners and came up with a plan. They needed equipment, a facility, a blessing from the Thunder Bay District Health Unit and a market.

“We submitted this water for testing in the Berkley Springs Water Competition in Virginia, U.S., which is an international competition that has been around for more that 31 years,” said Jamsa.

“Word of mouth from local people spread that we supply the best water. This competition is proof of the pudding that we have the world’s best water here.”

Japan and the U.S. were also among the top three.

An attempt to enter their water into the prestigious competition last year fell through because their sample of Jasa water became held up at the Canada/U.S. border due to the COVID-19 pandemic.

“But this year we tried again, and a couple weeks ago we got a notice from them that we are top three in the world,” said Jamsa. “We are going to put Gorham on the map. We have great water in Northern Ontario and it has been under-utilized in the world market.”

Ngaindjo says they are looking at the broad picture and plan to export their water worldwide.

Many people have tasted the spring water and have become fans.

“When we started putting it on the market, everywhere people would recognize us and say you have such good water,” said Ngaindjo.

A thousand feet of line comes down from the hill to the bottling facility on the site.

“We don’t pump the water . . . it’s a natural flow and we won’t hurt the environment,” said Jamsa. A holding tank in the plant sends the water through pump into the filtering machine before it is poured into sanitized bottles.

“We are working with the health unit and they always come here to check what we are doing,” said Ngaindjo. “We have to have proper filtration before the water is bottled. All the product we have on the market must undergo a lab test beforehand and we are working with one of the best labs in Thunder Bay.”

Marketing their water has not been as smooth flowing as they hoped in the city.

“Thunder Bay is our starting point but we have to change the mentality here,” said Ngaindjo.

“It’s really hard for us to (get our product) into some stores. They say no (to us). It’s not up to the owner of the store to decide what the consumer needs. The consumer needs to make the choice because he is the one giving the money, and when you are giving up the money, you need the better stuff.”