'There's no rules' for evaluating an underground storage site, spokesperson says.
May 19, 2020 3:30 PM By: Gary Rinne 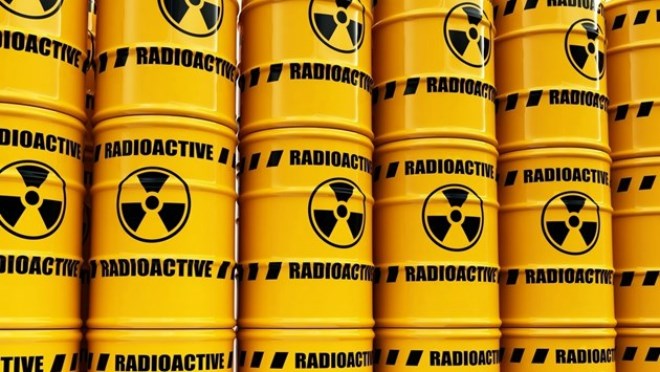 OTTAWA — More than 100 public interest organizations, environmental groups and others are calling on the federal government to suspend all decision-making regarding radioactive nuclear waste disposal.

In a letter to Natural Resources Minister Seamus O'Regan, they describe Canada's current nuclear waste policy as "deficient," saying it must be improved in consultation with the public and Indigenous peoples.

Among the signatories are numerous groups in northern Ontario, including Thunder Bay-based Environment North and Keep Nuclear Waste Out of Northwestern Ontario.

The letter follows a February report from the International Atomic Energy Agency which recommended that the government "enhance" its existing radioactive waste management policy.

The IAEA said the policy framework "does not encompass all the needed policy elements nor a detailed strategy" required for long-term nuclear waste management.

The signatories say their request is urgent because the regulator, the Canadian Nuclear Safety Commission, is pressing ahead with licensing decisions on a number of radioactive waste projects.

"Fearing Canada's deficient radioactive waste framework will imprint itself on decisions affecting the health and safety of future generations and the environment, signees urged Canada to provide leadership, and establish sufficient guidance and federal policy," they said in a statement Tuesday.

The groups also want Ottawa to establish objectives and principles to underly a nuclear waste policy, and that the government identify "the problems and issues exposed by existing and accumulating radioactive waste."

Nuclear waste disposal isn't the only pressing matter, Lloyd said, but "we have lots of concerns about the Nuclear Waste Management Organization, their operation...going back to 2002 when the Nuclear Waste Fuels Act allowed the industry to create the NWMO."

She added that "the lack of a solid set of rules around radioactive waste, we believe, does affect how the NWMO has conducted itself, but even more importantly it may affect the review process if the NWMO ever actually arrives at a site that they can in some way present as having the support of a host community."

According to Lloyd, there are no rules as to how such a proposal would be evaluated.

She said that in 1996, the federal government presented a Radioactive Waste Policy Framework that's less than a page long, and it's problematic that "almost 25 years later, that's still all we have in the way of real policy, strategy, rules around radioactive waste at the national level."

Canadian Nuclear Safety Commission staff have recently proposed regulatory documents, Lloyd said, "which are really very general descriptions of how they might go about issuing a licence for various activities. And they really lack rigour."

She said two of the five regulatory documents the CNSC plans to bring forward next month deal directly with nuclear waste burial.

"One is around how you would assess the long-term performance of a deep geological repository, and one is about how you would characterize a site that was being considered. And both of them are just incredibly weak documents," Lloyd maintained.

"The dividing line is between 'shall' and 'should.' The CNSC documents are all 'should' or 'may.' Which means there's no rules."

Lloyd and the other signatories to the letter ask Minister O'Regan to instruct the CNSC to stop developing radioactive waste management and nuclear decommissioning documents until new, overarching policies and strategies are in place.