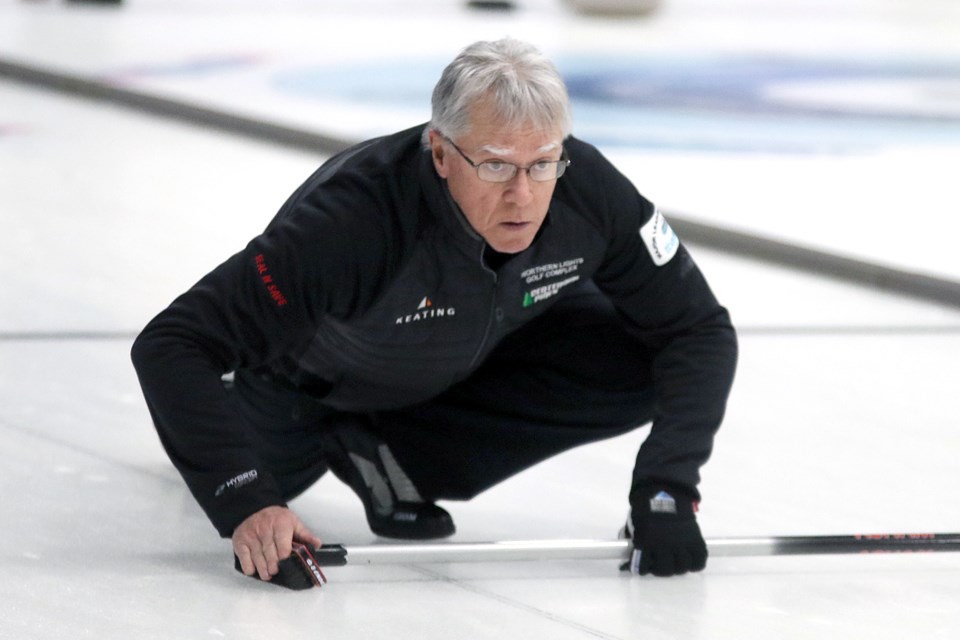 THUNDER BAY – Al Hackner may be 66, but he’s still as wily as ever on a curling sheet.

The former world champion on Wednesday night put to good use that experience in the eighth and final end against Mike McCarville, stealing a deuce for the win after tying their opening match of the Tbaytel Major League of Curling season 6-6 in the seventh.

McCarville had a chance, but his final stone crashed on a guard out front.

Hackner is now one of five teams in the Tbaytel Major League of Curling sporting a 1-0 record, while McCarville is one of seven teams at 0-1.

In other action, defending champion Dylan Johnston improved to 2-0 with a 9-3 win over Mike Pozihun. Krista McCarville downed Britney Malette 9-1 in five ends, evening her record at 1-1 after an extra-end loss to Mike Desilets last week.

In the only other contest of the night at the Kakabeka Curling Club, Bryan Burgess knocked off Jonathon Vellinga 6-5, holding his opponent to a single in the eighth in the season-opener for both squads.

The action returns to the Port Arthur Curling Club next Wednesday. The action begins at 6:30 p.m.