Host Gary Cooper said they looked into ways to extend the season of the show, which hit new heights during the COVID-19 pandemic, but were unable to get more bingo sheets printed.
May 7, 2020 1:57 PM By: Leith Dunick 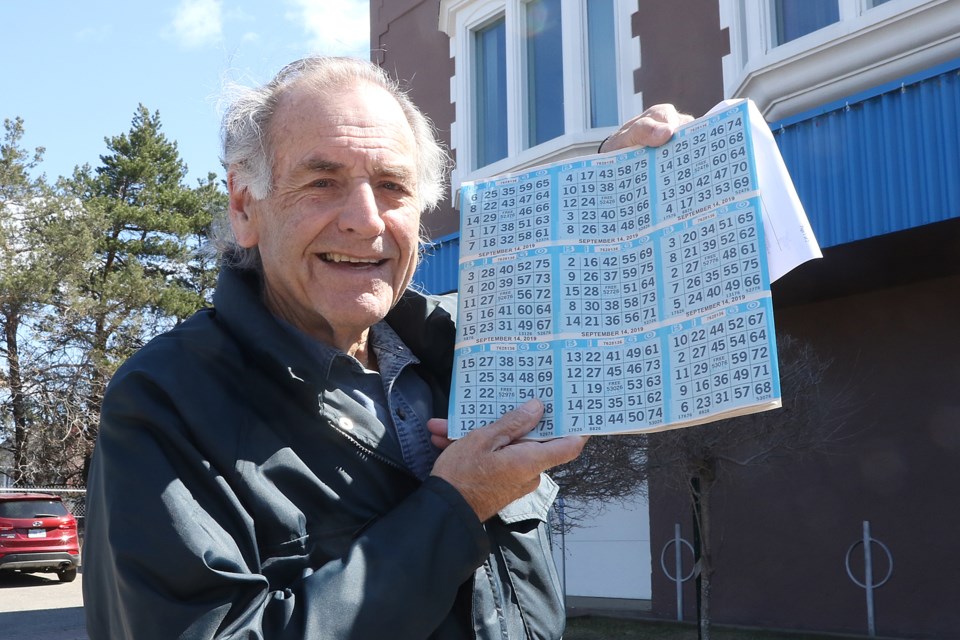 HAGI TV Bingo host Gary Cooper on Wednesday, May 6, 2020 said they've never had sales as high as during the pandemic, but the show's season is coming to an end on Saturday.

THUNDER BAY – The host of HAGI TV Bingo said sales have been through the roof since the COVID-19 pandemic hit.

Unfortunately, he said, all good things must come to an end.

Host Gary Cooper said they looked at ways to extend the current season, but because of shutdowns, it just wasn’t going to be possible.

“We have looked. We have gone to our supplier and I would really like the folks to know we have done everything we can to get more bingo sheets to extend the program. But because of the shutdown, we can’t get the bingo sheets,” Cooper said.

“The producer is closed and doesn’t know when they’ll reopen.”

Cooper said it’s a disappointment on a couple of fronts.

First and foremost, the people who play the game will now have to find another Saturday evening activity.

Sales have also never been higher, he added.

“We put out, for a $3,000 bingo, 4,000 sheets. For a $5,000 bingo, we put 5,000 sheets out for sale. They are totally sold out by Monday. It never happened prior to the pandemic shutdown. It’s unbelievable, and the stories that are coming to us, the families that are having get togethers through various ways, through Zoom – they’re still doing their isolation, but they’re going out and playing it,” Cooper said.

The game is broadcast throughout Northwestern Ontario, as far east as White River. Players even tune in online to watch, including one viewer from Nunavut.

The long-time host said he’s confident the show will be back in time for the start of its fall run.

He plans to make the final show of the season special, noting the board has decided to match the $5,000 top prize amount for a donation to the Regional Food Distribution Association. Other proceeds will help fund costs associated with the HAGI Wilderness Centre, including $50,000 needed for an accessible dock.