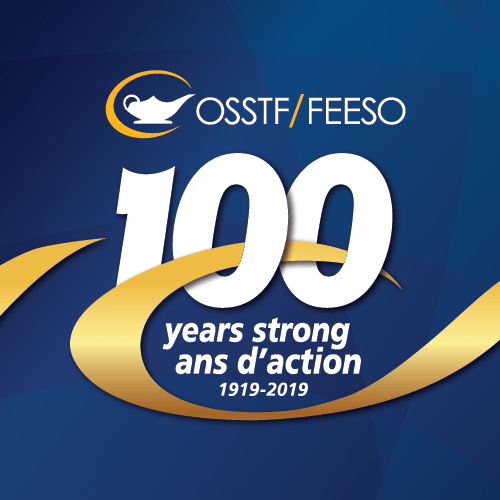 THUNDER BAY – High school teachers and education workers across the province have begun a work-to-rule campaign.

Member of the Ontario Secondary School Teachers’ Federation on Thursday said they plan to begin both information pickets and withdrawal of administrative service, starting on Tuesday.

Earlier this month union members voted overwhelmingly in favour of a strike mandate.

The limited withdrawal of services will only affect government and school board initiatives.

Duties that won’t be performed include participation in EQAO testing or preparation; completion and submission of ministry of education data reports; participation in school board professional activities based on ministry of Education or school board initiatives; participation in unpaid staff meetings outside the regular school day; providing comments on secondary provincial report cards and a refusal to perform the work of any other bargaining unit, even if directed to by school administration.

“Doug Ford’s Minister of Education would have Ontarians believe that he’s eager to get to a deal,” said OSSTF/FEESO president Harvey Bischof, in a release issued on Thursday.

“But the bargaining process has been underway for months now, and through that entire time the government side of the table has willfully avoided any meaningful discussion of issues that are crucial to the quality of education in Ontario. They have simply refused to acknowledge the devastating effect that increased class sizes, mandatory e-learning, and the loss of thousands of teacher and support staff positions will have on the province’s students.”

Bishcof went on to say any discussion that excludes those issues will not lead to a deal.

“By refusing to address those serious concerns, the Ford government is telling our members that it simply doesn’t care about the quality of education in Ontario, and it doesn’t care about the front-line workers who deliver that education. That’s why our members, frustrated by the abject lack of progress at the bargaining table, have delivered an overwhelming strike mandate,” he said.

“The commencement of these job actions does not preclude the achievement of a negotiated agreement. OSSTF/FEESO remains committed to negotiating solutions that focus on quality learning environments, student success, and the continued viability of publicly-funded education in Ontario,” concluded Bischof.

The province has offered to go to mediation to end the contract impasses.