Surveillance of city's waterways and other identified high risk areas could result in 100 cameras monitoring 12-kilometre area.
Dec 20, 2017 8:31 AM By: Matt Vis 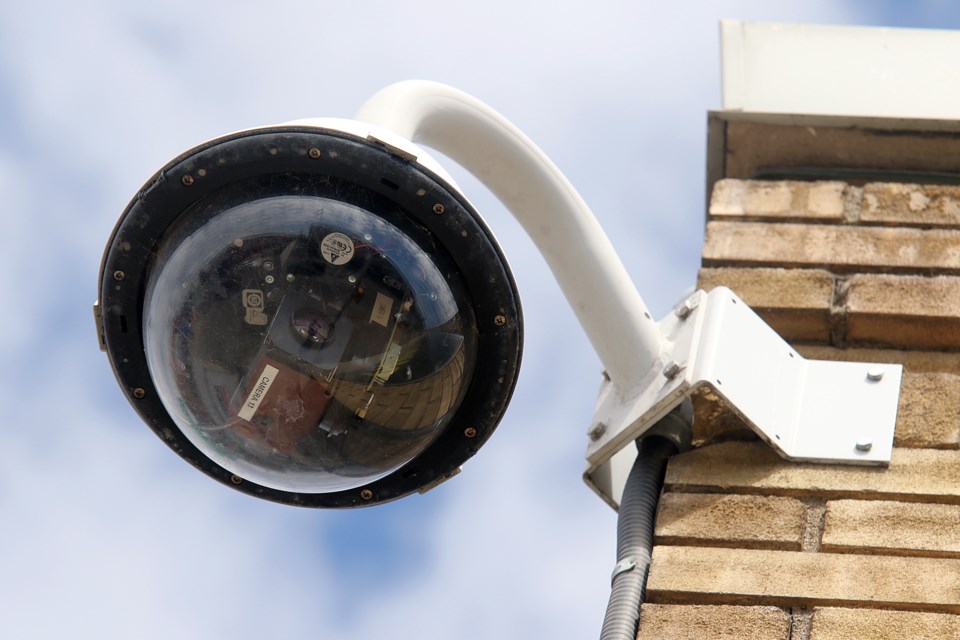 One of the city's existing Eye on the Street cameras. The system could be enhanced and expanded to include 12 kilometres of recreational trails. (tbnewswatch file photograph)

THUNDER BAY – Surveillance of the city’s waterways and other identified high risk areas could include as many as 100 state-of-the-art cameras with advanced motion detection and other analytics software to alert when there’s suspected criminal or otherwise dangerous behaviour.

Using cameras to monitor Thunder Bay’s river courses has been advocated for as a potential solution to improve public safety after the bodies of at least 10 Indigenous people have been found since 2000, including three this year.

Thunder Bay Police Service communications and technology director Chris Adams, who chairs a working group established by the city to look into developing a surveillance camera system, provided a verbal update to the police services board at their monthly meeting on Tuesday.

“This is saying that in this city we have an issue,” Adams said in an interview after the meeting.

“We know those are dangerous places. We need all the help we can get. This is a multi-tiered way of looking at technology, human resources and all the other prevention strategies. We really need to get thinking out of the box and use technology because it exists and push the envelope.”

The Seven Youth Inquest, which included five river deaths, recommended conducting a river safety audit and identifying potential safety measures that could be implemented. Since that recommendation, 17-year-old Tammy Keeash, 14-year-old Josiah Begg and 21-year-old Dylan Moonias were all found dead in city waterways in 2017.

Nishnawbe Aski Nation deputy grand chief Anna Betty Achneepineskum has implored the city to install cameras, both in hopes of improving safety but to be used to provide answers if there are similar incidents in the future. The inquest jury concluded the means of three of the river deaths – Jethro Anderson, Kyle Morrisseau and Jordan Wabasse – were undetermined and Indigenous leaders have been critical of Thunder Bay police for the quality of many of the other death investigations.

Thunder Bay city council last month authorized issuing a request for information to paint a clearer picture about the specifics of a surveillance system. Adams said preliminary estimates indicate it could cost between $1 million and $2 million to have between 60 and 100 night vision and thermal imaging cameras overseeing 12 kilometres of recreational trails as well as enhance the existing Eye on the Street program in the downtown cores.

“What we’re talking about is people in dangerous behaviours, whether it’s an assault, somebody getting too close to the water or somebody in the water,” Adams said. “It’s about giving first responders the best opportunity to be able to respond quickly.”

Adams said the cameras, which would be connected by a secured and encrypted wireless network, would be broadcast in a command centre where operators would be monitoring the system. The advanced technology could detect suspicious or dangerous activity and alert the operator, who would then contact emergency responders.

“We firmly believe from a policing standpoint that you don’t want to create blind spots. If you have concerns about a public space, whether it’s the length of a recreational trail or waterway, you need to cover it properly. You can’t cover this ad hoc, a camera here and a camera there,” Adams said.

“It’s going to take multi levels of government probably to fund something like this but Thunder Bay is a very unique city. It’s facing some unique safety challenges and we need to address it and we can’t do it alone.”

The request for information is expected to be issued in January and a more detailed request for proposal that would include price tags could come before council as early as the spring, Adams said.