MTO says the highway won't be reopened until next Monday morning
Nov 13, 2019 4:18 PM By: TbNewsWatch.com Staff 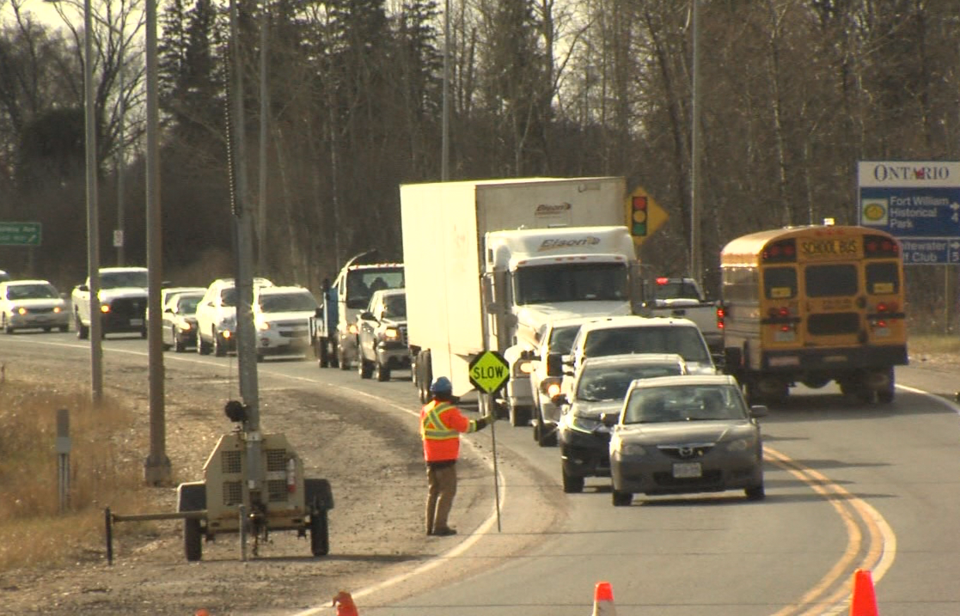 Traffic flow on Highway 61 has been disrupted since the CN overpass near Thunder Bay Airport was found to be damaged on Nov. 4, 2019 (Tbnewswatch)

THUNDER BAY — Motorists who use Highway 61 between Broadway Avenue and Thunder Bay Airport will be inconvenienced by a longer-than-expected full closure of the road.

The Ministry of Transportation had originally expected the closure would only last between Monday night and Thursday at 6:00 a.m.

Late Wednesday, the MTO announced that due to ongoing repairs to the CN railway overpass, the closure between Broadway and Neebing Avenues will be extended until 6:00 a.m. Monday, Nov. 18.

It said the highway will then be fully reopened to two-lane traffic.

Detour signs will remain in place in the interim.

On Tuesday, OPP announced that charges are pending against the driver of a vehicle transporting equipment which struck and damaged the underside of the overpass.