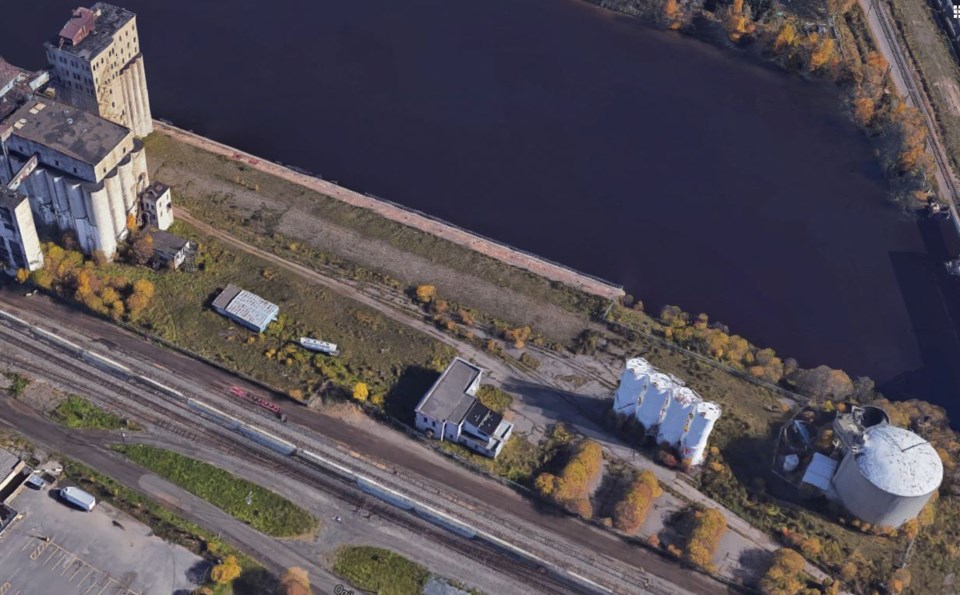 THUNDER BAY – One of Thunder Bay’s oldest buildings will likely meet a wrecking ball in the near future, but members of the city’s heritage advisory committee have taken steps to preserve some of its history.

The former Riverside Grain Products site on the city’s south side is being targeted for demolition, which includes the 19th-century McLaurin building.

Coun. Larry Hebert, who sits on the heritage advisory committee, said members were able to go inside the building to take pictures and collect a few artifacts.

“This is an historic building. The McLaurin building was the first independent store outside the North West Company and the Hudson’s Bay Company established in Thunder Bay,” Hebert said on Monday.

“We’re really pleased they were able to get us in there and get some pictures and we can get them recorded along with a few artifacts.”

Hebert said the committee members were able to take some bricks and pieces of wall from the former store, which he added might be the city’s oldest brick building.

“It’s a very historic area around here on the (Kaministiquia) River,” Hebert said. “With (John) McLaurin, who was a real entrepreneur in his day, establishing that store here was really something significant.”

The property is owned by the province through Infrastructure Ontario, though the city is responsible for the care of the buildings. The province is seeking public consultation as part of an environmental assessment that must be conducted before demolition can proceed.

Hebert recalled a blaze nearly two decades ago that destroyed part of the area, resulting in explosions of grain dust, and it's caused concern from nearby residents about the dilapidated buildings.

While it’s unfortunate to lose part of the city’s history, he acknowledged it’s inevitable.

“We can’t preserve every building because some of them are in tough shape and have to be taken down. In this case it’s in very tough shape inside,” Hebert said.

Hebert said he envisions the property could be re-purposed as a historical site with a picnic area and waterfront walkway.