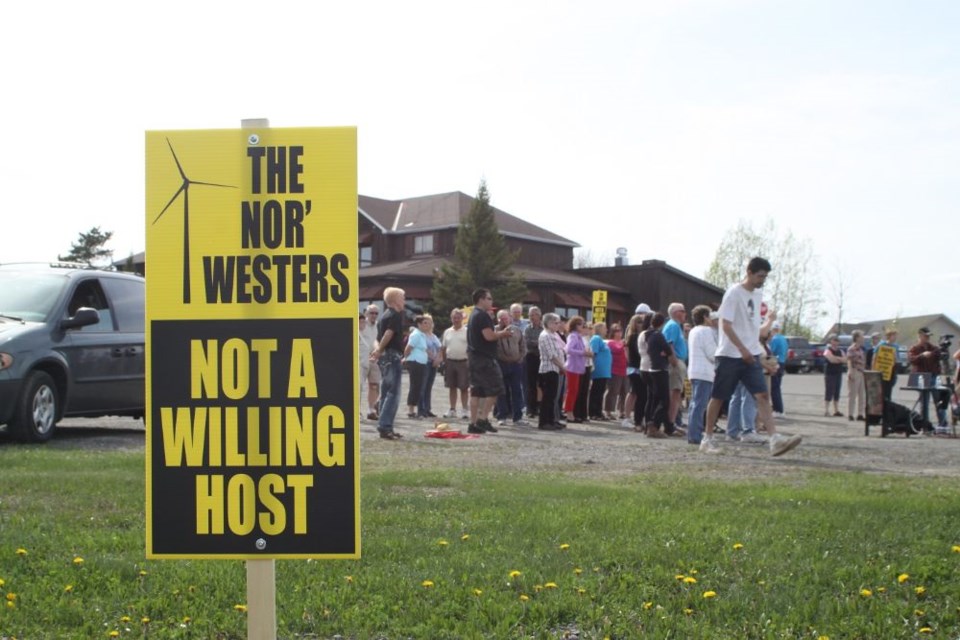 In the suit, filed last September, the company said it invested $10 million between 2005 and 2014 to build Big Thunder Wind Park, claiming it followed all applicable laws and regulations required to receive a renewable energy approval from the ministry.

The company says in addition to obtaining an option to lease the land, it conducted site assessments, public consultations and a feed-in-tariff contract with the Ontario Power Authority giving Horizon the right to produce energy and sell it to the provincial power grid.

The statement of claim says by 2012 it met all the technical requirements needed to proceed with the project, but in 2014 the REA was postponed by the province.

The suit accuses the ministry of being unlawfully influenced by the Ontario cabinet, the premier’s office and other provincial officials.

“The MOE knew that the delay would consequently eliminate Horizon’s ability to proceed with the project and cause Horizon substantial damages based on its lost investment and loss of anticipated profit,” the suit reads.

The company claims the province was fully aware in June 2014 if it delayed the project beyond July 5, 2014 the OPA would “terminate Horizon’s FIT contract, which would destroy the feasibility of the project. The MOE therefore acted deliberately to destroy the project feasibility.”

The project was fraught with controversy from the start.

After negotiating a lease deal with the city in 2007, public outcry led many on council to reconsider the plan.

Council later refused approval on the location of several planned turbines, which jeopardized the project and in 2010, led Horizon Wind Inc. to file a $126-million lawsuit against the City of Thunder Bay.

The subsequent council, elected that fall, backtracked on that decision and the lawsuit was dropped.

In its statement of claim, Horizon says between 2007 and 2014 the ministry of the environment made repeated representations to Horizon suggesting that if the company met specified technical requirements, together with regulatory and legal requirements, the REA would be issued.

“Horizon, in good faith and relying on those representations by the MOE, proceeded to invest capital and resources of $10 million to satisfy all the requirements for the completion of the application and approval of the REA.”

Horizon says they were told repeatedly in 2012 and 2013 they had met all the requirements for the issuance of the REA, but approval was arbitrarily withheld in 2013 and 2014. Then, in 2014, ahead of the provincial election, Horizon alleges the province, at the request of the premier’s office, announced it would indefinitely refuse to grant the application.

“The MOE did this to arbitrarily and deliberately defeat the project and injure Horizon’s interests.”

The suit says the company had a binding support agreement with Fort William First Nation, but the band attempted to thwart public consultations. Horizon says Fort William First Nation acted in bad faith in its opposition to the project, despite concessions made, including increasing a set back from the Loch Lomond watershed and safe moose habitat studies.

The company further states on Nov. 20, 2012 they were told by MOE representatives there were no impediments for the REA application to be approved and eight days later were told a decision was expected soon.

On March 5, 2014 the MOE informed Horizon it had received notice from Fort William First Nation that the band would be initiating a judicial review against the Crown regarding the decision to deems the REA application complete.

“The MOE also represented that there was a(n) REA approval ready to be issued that day, but given the notice of a potential injunction and judicial review by the FWFN, the MOE would not issue the REA.”

The plaintiffs hope to have the lawsuit to be heard in a Toronto court.

None of the claims have been proven in court.