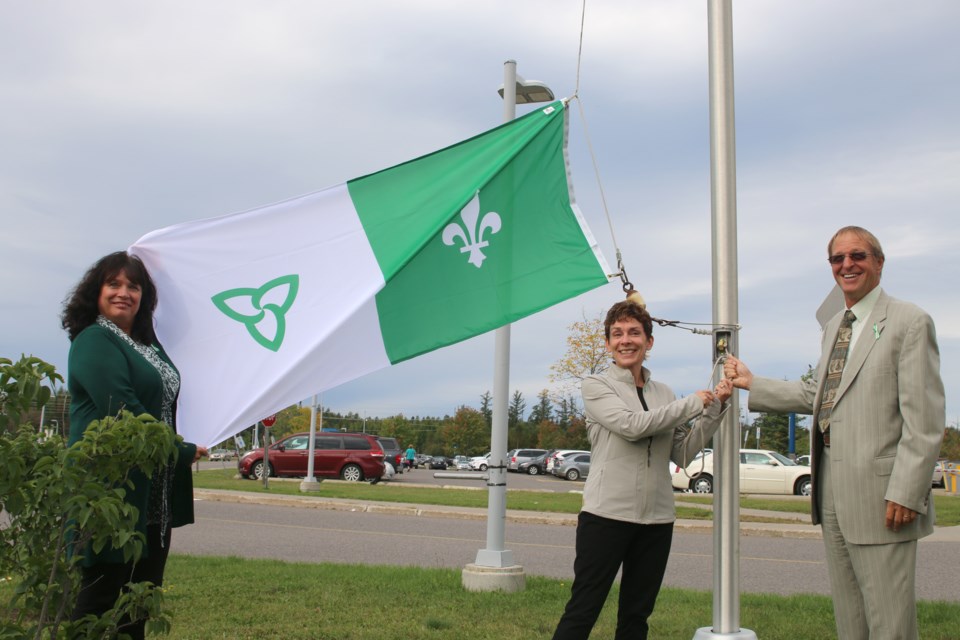 THUNDER BAY - The regional hospital hopes to expand French language services to be as inclusive as possible for patients.

“Whenever these positions become open, we strive to recruit staff who can speak both English and French,” he said. “What impresses me here is through my tour of the institution there are quite a significant number who are completely bilingual.”

There are more than 8000 Francophones living in Northwestern Ontario. In celebration of Franco Ontarian Day on September 25, the hospital raised the Franco-Ontarian flag on Wednesday and will be hosting information booths, music, and French cuisine in the cafeteria.

Bartkowiak said that in a facility as large as the Health Sciences Centre there is a large number of forms, documentation, and materials that is mostly in English, but the hospital is working to make it available in French as well.

Signage throughout the facility is largely in both English and French, however, newer signage is still only available in English, which Bartkowiak is hoping to change.

“We try to be compliant with signage throughout hospital,” he said. “Most of our signage is in both languages, but unfortunately, more recent signage has not been translated.”

For patients, there are staff available in emergency services who are bilingual, as well as several emergency doctors. Translation and interpretation services are also available if bilingual staff members are not present.

Bartkowiak said that providing access to bilingual services is essential to properly caring for patients seeking treatment or care.

“If you’ve ever been a patient in institution you know how traumatic it can be for an individual,” Bartkowiak said.

“For people, especially when you reach a certain age, you revert back to your first experiences. So Francophones who might be able to manage in English in their day-to-day careers, when they get older or are in a traumatic event, might revert back to French and have difficultly explaining what exactly is the trouble with their care.”