HSBC Canada is shutting its Thunder Bay bank branch in February, saying the decision is the result of changes in how people do their banking.
Oct 12, 2016 2:52 PM By: Gary Rinne 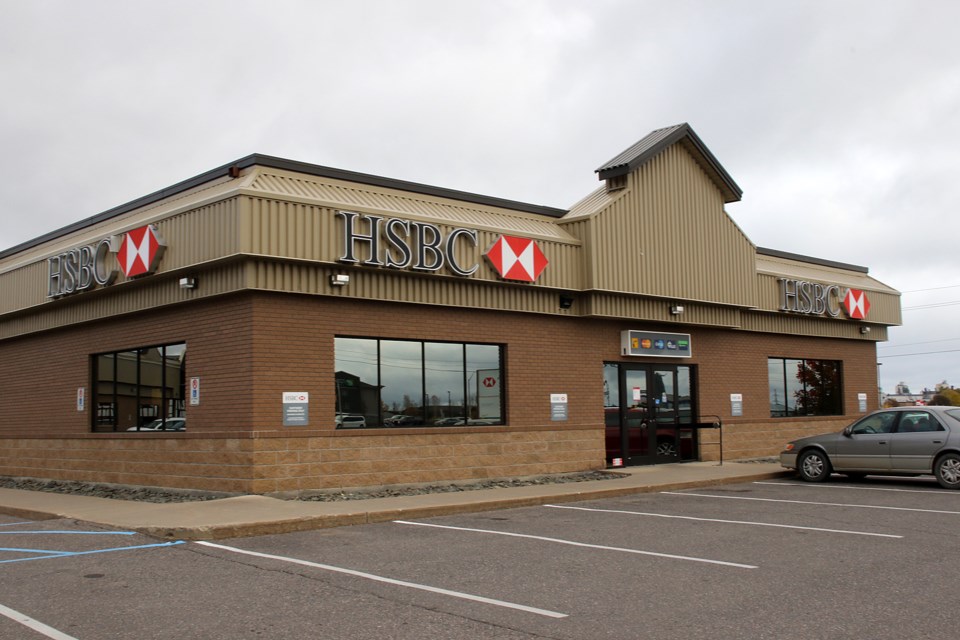 The closure of the HSBC bank branch in Thunder Bay will cost eight people their jobs.  HSBC has announced it will shut down its Alloy Drive location in February of next year, leaving six full-time employees and two part-time staff out of work.

Sharon Wilks, head of media relations for the company, said the bank made the decision because fewer clients are visiting some branches as customers increasingly opt for digital channels for their banking business.

"Across the industry, not just with HSBC, people are changing the way that they bank. and that includes doing less in those bank branches. And at a certain point it just does not remain economical  to keep a branch open."

Wilks said there are some other branches across the country which HSBC has decided it doesn't make sense to keep open.

She added that closing a branch is a particularly tough decision in a community such as Thunder Bay where HSBC only has one location.

"There are people impacted, and that is never something that we take lightly."

Wilks said individual HSBC retail customers in the Thunder Bay area will still be able to access banking services electronically through online, mobile or telephone banking or at ABMs. The bank is reaching out directly to commercial customers to make arrangements to deal with their specific needs.